Hi All, I’m looking for advice on the best options for openHab 1.x compatible wifi thermostats to suit my needs.

I don’t need a “learning” thermostat that learns your routines, as I’d want openHab and manual users to have full control. Presence detection is also unnecessary, as A) openHab already does that for me based my phone location (and network health as a backup), and B) my dog is home during the day, which would potentially give a false positive for human presence (unless it only detects human-height motion).

I’d also rather not have to go through a third party cloud server for it to function. It’s just an additional point of failure that I don’t want or need.

Unfortunately, it seems that all the big players require a cloud connection to function. Nest sounds like it might be one solution (if the learning features can be disabled), now that I’ve read you can bypass the cloud with a developers account. Is that feature available in older versions of openHab, or is only for 2.0? What other (hopefully cheaper) options are available that might suit my needs? The Nest thermostats certainly look pretty, but I’d be willing to give that up for the functionality I’m after.

Not what you asked, but, incidentally, there are other threads on zwave thermostats which reach the general conclusion that they are all rather rubbish!

I like my ecobee. It’s the original Smart which is no longer available. They do still sell the Smart Si (https://shop.ecobee.com/products/smart-si) which is not a learning thermostat.

All HVAC stuff depends on your location, you should meantion at least whether you’re in U.S. or Europe …
Not WiFi but 868MHz radio, you could look at the Danfoss zwave based series or the eQ-3 MAX! series. The latter come with a cloud based remote access, but you don’t need to use it. There’s an openHAB binding for it.

All HVAC stuff depends on your location, you should meantion at least whether you’re in U.S. or Europe …

Right! I’m in Canada, so we should have the same hardware that’s available in the States.

I like my ecobee. It’s the original Smart which is no longer available. They do still sell the Smart Si (https://shop.ecobee.com/products/smart-si) which is not a learning thermostat.

Sounds like it could be close to what I’m looking for. Looking at the binding, it requires an account with the ecobee cloud server. Is that only for the initial setup? Or does it still run through the cloud, even after a developer account is set up? It’s sounding like I might just have to bite the bullet on that one.

it requires an account with the ecobee cloud server. Is that only for the initial setup? Or does it still run through the cloud, even after a developer account is set up? It’s sounding like I might just have to bite the bullet on that one.

The only access to Ecobee thermostats is via their Internet-based API. If you have a reliable Internet connection, my experience is that you won’t have problems — their service has been very reliable for me over years. Ecobee now has an ecobee3 Lite thermostat, still with native HomeKit support but no remote sensors. The full ecobee3 supports wireless sensors to use temp and occupancy to dynamically adjust comfort to where people are in the home. Their other older model thermostats are solid devices as well (I also have a Smart Si that never has a problem). And Ecobee is a Toronto-based company.

Why don’t you just take Z-wave temperature sensor, like one from Aotec 6-in-1 and connect it to OpenHAB? Then use rules to create thermostat control and adjust it via Sitemap. If necessary add simple tablet on the wall to see current temp and adjust it from there. In total this would cost you 60+70=130 $.

Right! I’m in Canada, so we should have the same hardware that’s available in the States.

Ecobee is a Canadian company, and is based in Toronto.

I’d recommend getting either Ecobee3 Lite, Ecobee3 or Ecobee4. These thermostats are top-notch devices that offer the best features on the market. Nest is way behind Ecobee and today, Nest can’t offer features anywhere close to the latter.

I need WIFI thermostat system which capable switch 220 volt,
something like Devi Smart but with support in openHAB.

similar to eQ-3 MAX!, but it has only radiator head, instead
I need WIFI thermostst + relay (220 volt) box. 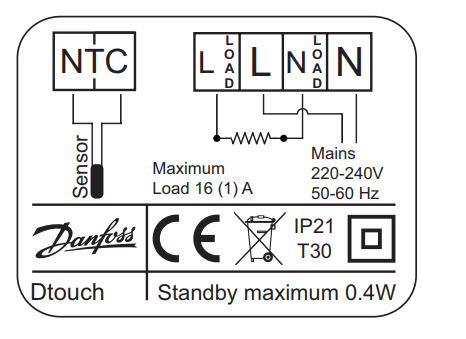 But it’s not mandatory to have all this in one box, it will be good to have WIFI thermostat and corresponding WIFI relay box separately.

Is there such on the market?

@StNick, a Sonoff TH16 will provide you switching capacity of 220v at up to 16A, as well as the ability to attach a temperature/humidity sensor, and easily-available open-source firmware available for it (such as Tasmota) to allow feedback and control via openHAB.

This doesn’t have any display or tactile input, but if you purely need to switch a 16A load, and sense the room temperature, this should do the job for you (and is something I am considering using as a basis for my new house)

yep, thanks, I thought about this… but LCD screen with buttons, i.e. manual control also required.

I think I can take some OPENHAB-enabled WIFI thermostat like(Insteon, eQ-3 MAX! or something else) put it on wall and connect it to openhab.

Thermostat will decide when to turn relay on/off and translate commands to relay via OPENHAB gate.

You can also deploy a 2nd device as an actuator to operate the 220VAC. Thermostat triggers OH, OH triggers actuator.
There’s also 230VAC sockets to be part of the MAX! series, dunno if but possibly the thermostats can directly switch them (without OH inbetween).

could you post the link on those sockets? can’t find .

I think it’s this one.
But note I don’t own it so can’t tell if they can be setup to work as I described. 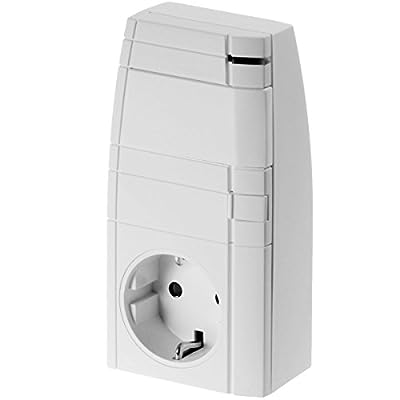 I was also looking desperately for such Wifi thermostats. But so far I didn’t find something proper. I don’t want cloud, I like a control device with display (no Sonoffs) and I need at least 4 of them, so commercial products quickly become quite expensive.
My current solution / idea is:

So I have a solid, inexpensive and open 4-room thermostat solution for ~200 EUR.

So you want to use underfloor heating valves on radiators ? Do you have this working already ?
I, too, am using it on my underfloor and ever thought of applying that to a radiator, too, but so far I didn’t dare.

So you want to use underfloor heating valves on radiators ?

Not sure what you mean.
I have the devices linked below.
They will be controlled by the 230V Socket outputs of the mPower.

Currently I have only the software running. (no real switching)
This is to test the logic and reliability of the device chain (Thermostat -> homegear -> MQTT broker -> mPower)
Implementation on mPower is shell script based. 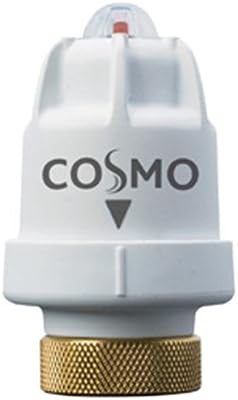 I have it in production now since some weeks. Works stable!
Max wall thermostat reports target and current temp directly to the switch actor via MQTT (mPower)

Openhab is just “listening” and recording/persisting.

@OP what are you trying to accomplish? You said you didnt want a truly smart thermostat. If you just want to record temps, a dht22 and an esp8266-01 (abot $2 each from AliExpress) should work fine. If you want to actually control the HVAC, just a few relays with an esp8266: 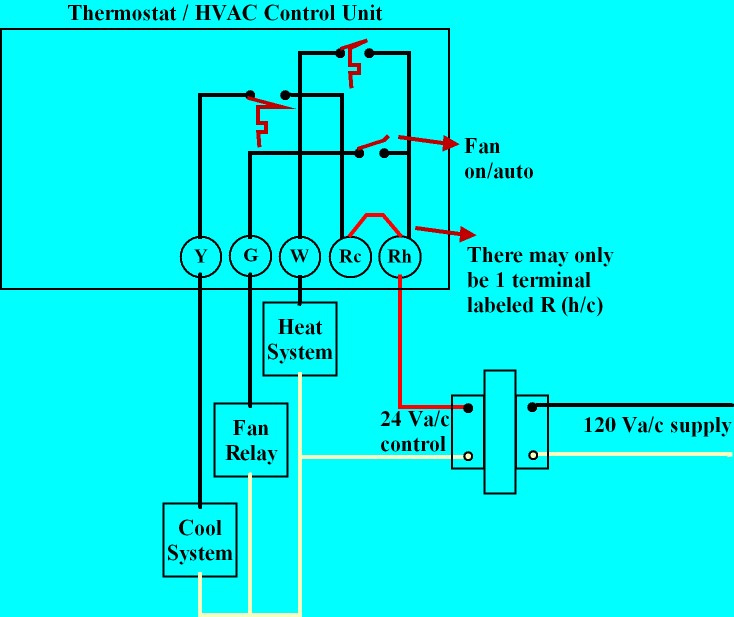