Hey guys,
I left my apartment over the weekend and just now saw that my PC seems to be active (thanks to the network binding). Does anybody know of a good way to remote control a Windows (10) PC?

I would prefer a dedicated solution. A small application to install on a PC which will then provide some kind of REST interface for all kinds of tasks like shutting down or restarting the PC, starting Kodi, etc.

I just use the exec binding which runs a little script:

Obviously, I’ve made it a wrapper and arguments are supplied from the command issued, but this is the important bit. For added HAB-fu, you could also add ICMP ping monitoring and use a Switch item with Wake-on-LAN to turn the computer on and the command above for shutdown. The WoL binding is very easy to implement, and most desktop machines support it.

The above works fine for me.

EDIT: ok, you can install samba, it’s said to bring the “net” command, but on my Raspian (Jessie) Pi it didn’t…

Thanks for your answers. net rcp is something I already looked into but it’s rather limited and functionality is different between Windows versions, a user with password is needed (I think to remember), …

Anyhow, I’m hoping to find a more modern and straight forward way to control my different systems without the mess of dealing with Windows. A HTTP / REST Interface with configurable options would be amazing. Something has to be available!? Curiously I was not able to find a good solution.

Maybe I’ll have to install an SSH server… still not the set-ready-go solution I’m looking for.

This seems to go in the right direction: http://www.den4b.com/products/shutter

How about Unified Remote?
It’s an app for Android that allows you to control various devices (like Windows machine).
You simply install server app on PC and you’re ready to go.

AFAIK they have opened their API some time ago.

Maybe it’d be a good candidate for a openHAB Binding?

indeed, I was referring to the setup in which you run OpenHAB on Linux, and ‘control’ the shutdown of a Windows computer. Likewise, I use a shell script which ssh’es into Linux workstations to shut them down.

Thanks for your answers. net rcp is something I already
looked into but it’s rather limited and functionality is different
between Windows versions, a user with password is needed (I think to
remember), …

Actually, it’s net rpc, as in Remote Procedure Call. Yes, on Windows this is (as far as I know) since NT always a an authenticated action. I think the reasoning for that design should be pretty clear.

Running an SSH server on Windows is possible, and from there you can hack just about anything together with tools ranging from PowerShell to KiXtart to batch files, etc. Some applications expose their own interface for remote control purposes like Media Player Classic, VLC or some Bittorrent clients. If I am not mistaken, the SSH service will also require an authenticated login, though.

was just nosing around for something else and stumbled upon this:

I’m not a kodi user, I use a heavily modified Freevo system in a custom ‘media center system’ that I wrote and built a while back, but if I’m not mistaken you can add just about any command to kodi, and operate kodi via HTTP commands. That should cover everything you need, no?

i’m using Powershell Server on my Windows 10 PC and the EXEC binding. The solution is not perfect, but it works for me.

Here is an example of 4 commands that i send from OH to start/stop Steam or Plex application.

When I start processes directly throw the executeCommandLine, the processes are starting invisble in the background and not under the logged in user.

My WIN PC has no password and the PowershellServer runs not as service.

Guys, I’ve found a satisfying solution to my initial question:

I would prefer a dedicated solution. A small application to install on a PC which will then provide some kind of REST interface for all kinds of tasks like shutting down or restarting the PC, starting Kodi, etc.

I’m utilizing MQTT (which is quite nice as a protocol already widely used in the home automation area). “WinThing” is an MQTT client developed in Java to receive all kinds of Windows system commands, including executing a command, opening a URL or shutting down the system. Have a look: 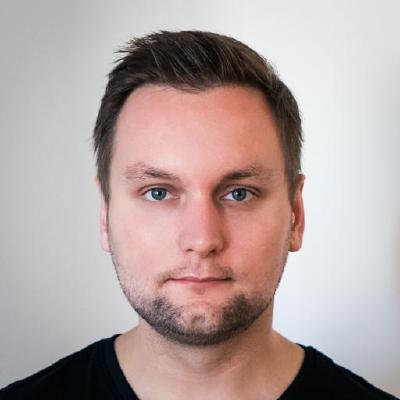 Hello out there, i am a new beginner to openHAb project.

I´m happy that now my shutter and light configuration is working but now i have a problem with mqqt and win thing.

Here are the steps i´ve already done. only to be sure thats the right way.
I have installed mosquitto-1.4.11-install-win32 on one of the Windows 10 Pc´s only one first to test (i found a guide i copied the dlls and everything seems to be running fine. It also starts as a Service should work perfect.

Then i start the Winthing.jar manually through windows cmd console (first afterwars it will work automatically)

then i see in CMD that it seems to be running:

i got status messages from engine: like winthing/system/commands/open and alle the others
and at least: Subscribed, Sending initial Message, Engine Started

I have copied exactly the items the rule and to test also the sitemap from above to the conf folder openhab.

But now its not working.

maybe you have an answer for me to get this fixed. or other solution for remote pc start/shutdown start progamm etc …

thanks in advance for helping

Hey! As always when dealing with MQTT you should use an mqtt client on another device to debug the communication betwen your devices. For PC i can recommend mqtt-spy, for android or iOS you’ll also find apps. Use one of these to troubleshoot the communication.

Yeah, following on from this, I use MQTTBox on Win10 from the Windows Store, and MQTT Dash on Android.

net rpc shutdown works fine if use it from the Terminal, but if I put it in a thing with the exec binding
http://docs.openhab.org/addons/bindings/exec/readme.html#binding-configuration

I get an Error because of the % in -U user%pass

and is there maybe a way where don’t need to put my password in the things file?

Anyway, I’m using openHAB since yesterday on a Raspberry and I love it =D

First thanks for the given solution!
I think i done every step like you guys but it seems that i got an problem with the rules above.

Here are the steps i´ve done. Installed and configured mosquitto as broker on my raspberry. As client i tried to use my Windows10 PC, with winthing service. Inside openhab i´ve configured items, sitemap and rules like @ThomDietrich. So far so good.

The connection between mosquitto and my winthing clients works fine! I´ve tested the connection with MQTTlens application from chrome and was so able to send and execute commands on my Windows10 Client. Perfect!

The only thing that doesnt work is the execution from openhab. My log for the rule:

but also no success. Perhaps someone can help me with the mqtt commands in openhab.

thanks in advance for helping

Have you installed publish action?
http://docs.openhab.org/addons/actions/mqtt/readme.html

thanks! Finally it works

@ThomDietrich can you share how you integrated this into Habpanel? Thanks