I’m working on a Wink Hub binding and I want to get some feedback on it. I only have two supported wink devices so right now the binding is very limited in what it works with. Light Switches and Light Bulbs are the only things working at this time. I added lock support but I do not own one to try out yet. I made a Wiki page on my github with all the configuration information: 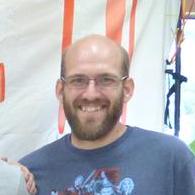 If you need any help please PM me anytime. Thanks,

I just rooted my wink hub. Will this binding provide local control ?

It works with the wink internet API. No local support.

Have you done any further work on the binding? I had recently shelved by (rooted) Wink Hub in favor an Aeotec Zwave usb controller for better local control and rule configurations. But…

In one of my latest emails from Wink, it appears they have finally upgraded the Wink firmware and app for local control… which is a great thing!

So if we had a Wink binding to work as the primary controller, it would be fantastic.

I would like to add local control support but I have not found any good documentation for it yet. 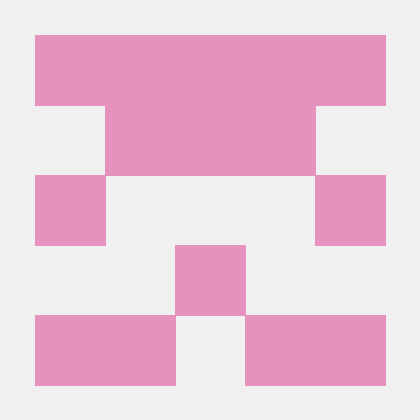 Still working on it. Have not seen a checkin for a while. Tried it today and the binding does not seem to be working and I am not seeing updates coming through for state changes.

Cloning your repo to add it to my openhab fork and will rev the version and add more debugging. I have different lights so need to check the JSON coming back. Will let you know how it goes.

Are you still using your wink hub and working on a binding? I see wink has a version 2 of their api and some pretty good documentation here on things.

I just emailed their support to try and get an oath token. Just maybe one day ill pull this wink hub to good use. It is pretty little white box after all.

I still use my Wink Hub. I own 4 GE Tapt Switches and 3 GE Link Light Bulb. I use an Aeon Labs USB Z-Stick for all my zwave gear, so I only have my zigbee stuff on it. I want to add pubnub support for faster status updates. If the local control API every gets released I think that would be good to add as well. If there is something specific you would like added I can look into it.

Yeah, I’m really not using my Wink Hub much as I also have a Z-Stick for all my zwave stuff except for my door lock that I can’t get working with OH1 or OH2 yet.

I’m mainly all OH and Zstick for all Zwave stuff and a phillips Hue for the zigbee lights. But also have my Honeywell Wifi and Champerlain MyQ also on the Wink.

Would really like to get it all on 1 OH setup one day. But it works pretty good for now.

I actually haven’t even tested out the Wink local control. Do you know if it even works? Ie, unplug the internet and try the app? I would think somehow the app is talking to the hub in an offline mode?

Any idea if your current binding will work in OH2?

Hey, this is an old thread but I just found it and I just wanted to mention that I’m also working on a Wink binding relying on the Wink API (i.e. doesn’t require to root the hub), I’m discussing this in Offering to implement the Wink Hub 2 bindings

Is Wink Relay support a planned part of your binding?

I don’t have any Wink Relay and I don’t think that I’ll need to integrate it to my binding anyway. AFAIK the Wink Relay is just able to display some elements from the Wink App, i.e. the element that you see on the screen directly control a device.

This isn’t a part of the Wink Api because it’s just an abstraction to the Wink App UI, so you will get a notification in OpenHab when you control a device via a Wink Relay (you’ll get notified that the device’s state has changed, but you won’t know what caused this change), and updating a device state with OpenHab should also update its state on the Relay (although I can test this yet), but I don’t think that you’ll be able to control some random OH devices via the Relay (e.g. having a button on the relay that makes OpenHab send a MQTT message to a device).

My goal is to keep OpenHab as the main UI/Controller and have a binding that allows OH to communicate with the Wink compatibles devices, I’m not really trying to use the two UI at the same time. I think that the best way to use the Wink Relay would be to install the OpenHab app on it or to make it use the Web UI. It look like some people got it to work with SmartThing, so it shouldn’t be too hard to do the same thing with OH.

quick update, I’ve been quite busy and didn’t had so much time to work on polishing my binding but it’s working fine, please let me know if you need it now

I wouldnt mind giving it a go around if you have a jar file built.

Can you tell me what you can control via the binding so far? Is it zwave only? Locks working? Ability to control the hue or other items through the binding?

let’s move the discussion to this thread https://community.openhab.org/t/offering-to-implement-the-wink-hub-2-bindings instead of duplicating the information on both.