This binding is newer than the binding found in versions before the 3.2 Stable release and the changes have now been merged. The big difference is that this one uses the json API instead of the http API that the older version binding uses. It has more features and is far better at supporting multiple segments purely because the json API is more actively developed and tested in the firmware. If upgrading from the older binding, delete and add your things (use the same uniqueID and don’t delete the items to make it very quick) to unlock the newer channels, otherwise they will not be seen. See the changelog below for a list of new features.

Source code was merged in this PR

This PR changes to using the json API which has more features then the older htt…p based API and gets better testing. New features that the changes also bring: * Abstracting the API now allows older firmwares to continue working instead of forcing users to always match firmware to their openHAB core version requirement. * Far better support for segments. * New channels added for mirror, reverse and segment brightness. * Named presets are now supported. * TransformTime now presents a default list to choose from in the UI instead of requiring a user to create one. * Three colours are now supported. * Auto add/remove white channels so the extra channels are not seen for RGB users. Precompiled jar found at link below or it can be installed via the marketplace: http://pcmus.com/openhab/wled/ Due to new channels getting added, please delete and re-add the things if you use the UI. If you use textual things then no need to do that. Signed-off-by: Matthew Skinner <matt@pcmus.com> 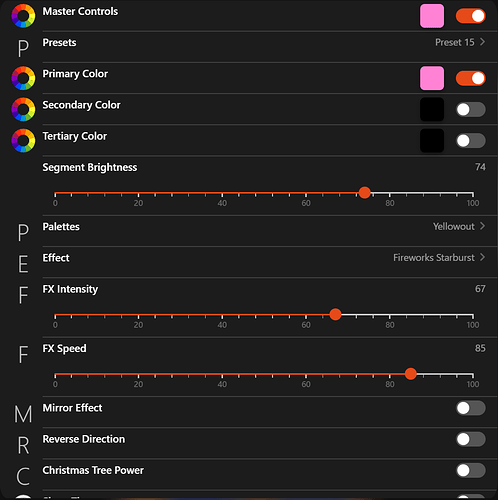 As the PR is now merged and part of 3.2 version, I guess this version should be unpunished from the marketplace.