WOL package not waking up PC

When I created yesterday the two WOL Items below after adding the WOL Binding v.1 all seems to work fine and when I clicked the button WOL Kodi in HABpanel the PC booted fine. Today, when I try it again it doesn’t work anymore. 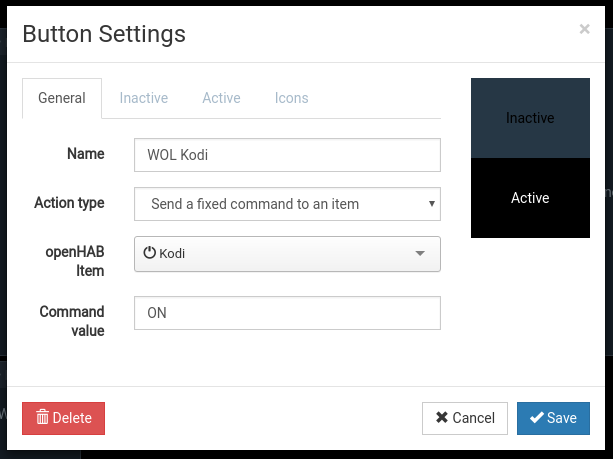 I fried rebooting the PC and tried it again, but no luck. I’m absolutely certain that the PC is configured correctly to wake up on LAN, because it worked yesterday. The log also indicates the package is sent but nothing happens.

Thank you for pointing me in the right direction.

Thanks Ganesh but I’m trying to stick to the defaults. So for now, I’ll just wait a bit until the OpenHAB devs will update their WOL binding.