Z-Wave Controller for Outside

Hi all, I purchased one of the ZW20R outlets to use on my deck but found out that it will not work with the Aeon Z Stick Gen 5. So thats fine at the end of the day I think it will be to far away.

I have this exact combination working with openHAB2. What sort of problems are you having?

Hi all, I purchased one of the ZW20R outlets to use on my deck but found out that it will not work with the Aeon Z Stick Gen 5.

I was unaware that there were some devices that didn’t work with certain controllers. I thought the standard was a little better defined than that. What specifically did you read that says it won’t work so I and others know what to look for before we buy?

Of course radio propagation is weird and subject to interference so this is not guaranteed to work in your specific environment. Also, in my experience, having a single mains powered device be the “gateway” hop node to the controller resulted in a somewhat brittle network. YMMV.

You could also use the HTTP binding or http actions to update the states back and forth between the main and daughter OH instances.

Hey jim, thats interesting. i emailed Enerwave and they were ones that told me it would not work with the Gen 5. Pretty basic problem, i cannot get the outlet to include!

if you have some hints and tips to try that would be great!

Rick, thanks so much. Great info! I do remember now the mesh network ability with z-wave. I am thinking I may be able to put an outlet close to the outside door that would pick up the network. Do they make just a repeater device? I can replace and regular outlet with a z-wave outlet but the one i would use would not be used for switching, that i can think of.

Do they make just a repeater device?

You can and I have. However if I had to do it over again I would get something like this: 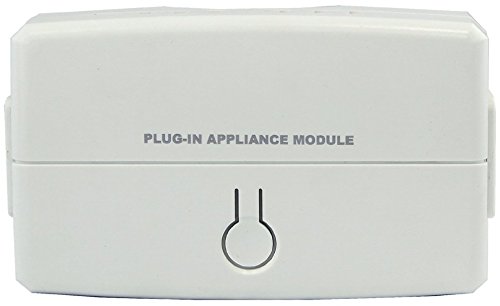 It will be more portable than an installed outlet like a repeater but should you discover a need for switching something you will have that option whereas a repeater is just a repeater. But for the record, this is the one I got and it works well, tiny too.

if you have some hints and tips to try that would be great!

It has been a while, but I think I had to power off the circuit at the breaker, power it on, and then bind it. I do know it does not support association groups, which was a little disappointing. 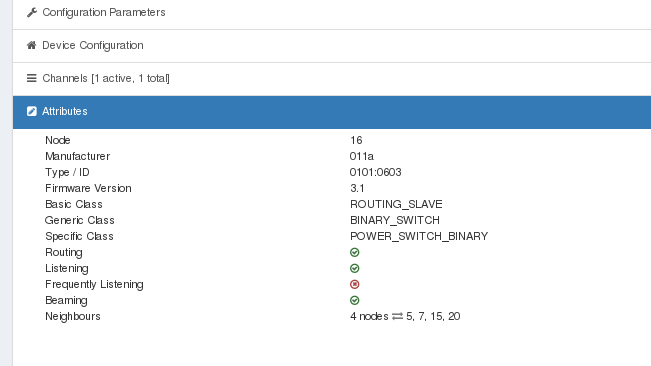 Excellent, thanks rick! something like that will work great. easy peasy.

hey jim, i’ll try that today and let you know!

I purchased one of the ZW20R outlets to use on my deck but found out that it will not work with the Aeon Z Stick Gen 5.

As a matter of interest, why doesn’t it work? I don’t know of any reason why it shouldn’t work with any stick so it would be good to understand the problem you had so we can see if it is an issue with openHAB. Gen 5 sticks are fully backward compatible with older sticks if that’s what Enerwave indicated was the problem.

other suggestions would be welcome

Try first to exclude the ZW20R, this will perform a factory reset, then include it again. If the blue led does not blink after power restore, it’s not possible to include the device …
For exclusion you need to set your stick to exclusion mode and press the program button on the ZW20R.