Until recently I had one wall switch (ZHC5010) a bit away from the controller. It had trouble initializing but made it, and it worked responsively most days. Now I have added 10 more wall switches (ZDB5100), half of them in between the original switch and the controller, and I was looking forward to having a responsive network all over. Unfortunately, this has not been the case. The original switch performs worse and some of the new switches are even worse. I have seen other posts indicating there could be problems with the nightly heal and I have started looking into PC Controller to set it up manually and disable the nightly heal. The software is hard to learn. I have found a few posts around this forum and in others, but none have been very clear. First, I would shut openhab down and take the controller to a windows laptop, but now I have bought another controller which I use with PC Controller and set it in “learn mode” so that openhab can continue running. The complete network now consists of 11 wall switches and one doorlock (battery powered).

Does anybody know of a tutorial that explains how to do a network heal (manually or automatically)?

I have tried running the “IMA Network”.“Network Health” function, but it seems to hang (for at least an hour). Should this work?

I have seen other posts indicating there could be problems with the nightly heal and I have started looking into PC Controller to set it up manually and disable the nightly heal. 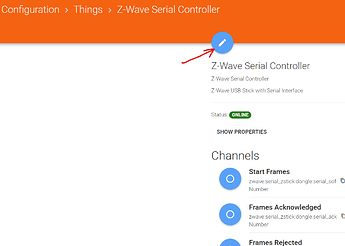 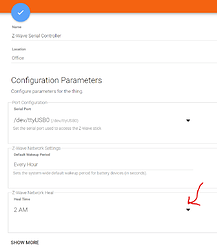 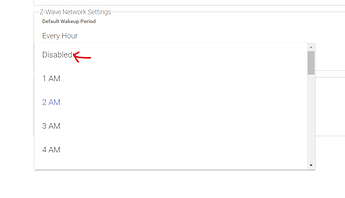 Firstly that map does not necessarily reflect your network’s routing. It is a list of neighbours reported during a neighbour update. I ignore it as it looks nice but is not massively useful. Zwave routing is a bit more complex. If your network is bad you can try this… If you have a windows machine or run openHab on a windows machine. Download PC programme from silicon labs. Take the usb stick and put it in your windows machine with the machine in exactly the same place as you normally have y…

@rikoshak that is exactly the level of detail I’m after

unfortutanely I already knew about the openhab setting.

@Andrew_Rowe Thank you for finding that post for me. I have come across it before, but it just doesn’t work for me. The network health stalls at “Calculating background RSSI” and running “Rediscovery” mostly give few neighbours and spuriously a few more and never a (almost) fully connected network like I would expect compared to the single device I had.

I want to give up on the z-wave protocol altogether, but it’s just hard to find an alternative that fits in my wall sockets, I’ve spent considerable money on devices and it seems other people can make it work. I’m dissappointed that mqtt/esp8266 and devices from china performs so much better than the z-wave I have spent ten times as much money and time on.