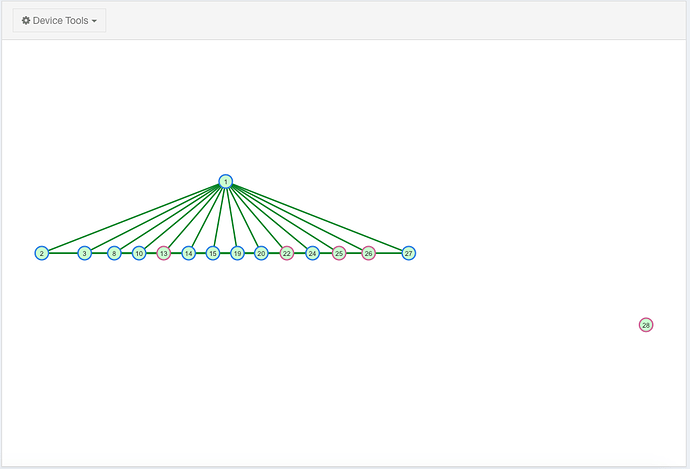 Screen Shot 2018-05-13 at 12.11.02 AM.png981×667 31.8 KB
. There are two channels available, scene number and battery level. I’ve configured them as items, and setup rules for each. When pressing any of the buttons, the scene rule is never triggered. I put the binding into debug mode and I see that the scene is received on the controller. Here is the rule for a command. I’ve also tried “received update”. That does not work either.

I’ve looked at the zwave network viewer and I see that the node for this device is not connected to node 1 (the controller). I also tried doing a manual network heal for the device, but it is still not connected to node 1. Not sure what else I can try. Anyone have any pointers? I’m using OH2.2 on an Rpi3 with an aeotec z-stick controller.
Thank you.

This is how I parse my test keyfob;

Maybe you can test this? I have several controllers, that are “unconnected”, I think it depends on if they are controllers or not. Or something similar.

I have the older minimote, but make sure to wake it up a few times to complete initialization. Your model also looks to have Use and Learn modes. Maybe you are not in Use mode?

This is the issue, “received command” does not work, but I had a typo in my “received update” which is why it did not work. The update rule works now.
Thanks for the reply.