Openhab2 Version: version":“0.9.0.201703201701
Moving my setup to a new set of hardware.
The one thing that always gives me hangups that really shouldn’t” zwave range extender…it’s plugged in…should be one of the first things to be recognized.

Anyway, still waiting on it to check in for over 15 hours.

Usually when something hasn’t checked in there is just a NODE id in paper ui
As you can see there is something weird this time…a set of numbers separated with colons and periods.
Should I add this or wait some more? I’ve never seen this happen.

I guess this isn’t the OH2 version

It should be 2.x - this is probably the ESH version (maybe?).

As you can see there is something weird this time…a set of numbers separated with colons and periods.

I’ve no idea what this link is?

Was it removed for newer builds?

Possibly - every now and then I do a complete resync which removes all files, and then exports everything from the database. This probably removed the entry as the database won’t currently export entries with no channels (like a range extender) to avoid errors.

So are “no channel” devices no longer being put into the database?

Ok, that’s unfortunate…one handy thing about that was that when i rebuilt the system, i was sure a node checked in and was ready when i saw that info populate…hence why i finally asked b/c i thought something was wrong with the device for a bit there.

I bought the Z-Wave Range Extender from Aeotec and it shows similar as yours indicating it’s not in the database (or not exported).

Now it’s hard for me to tell, whether this is an issue or not. Can I consider the device is working, or is it more or less useless? By just saying “is the network more stable now?” is hard to tell, as some devices (sensors) seem just at the border to be out of range (sometimes they seem to report less reliable) and thus I need some time to pass to see whether they work reliable now or not.

But since I have 2 weeks to return the device, I’d rather return it if it means it’s not working when not in the database.

So my question: does the range extender still serve its purpose also when not in the database (export)?

Can I consider the device is working

Yes - fundamentally there’s nothing that the binding can do with this device. It’s a repeater - that’s all.

So my question: does the range extender still serve its purpose also when not in the database

Yes - it will be fully used by the ZWave network - the database will not impact it at all. The only thing is you won’t have it listed as a thing in the UI.

thanks a lot for the clarification. Have a Happy Easter!

Here’s how handle the zWave repeaters to insure they are reporting back; I have four of them setup.

Just a quick one to the Range extender topic:

I just bought the version 7 of the aeotec range extender and the installation was easy.
However even though the node27 is correctly recognized and shown in mainUI things, it does not show up in the network map.
Does this take more than half a day? 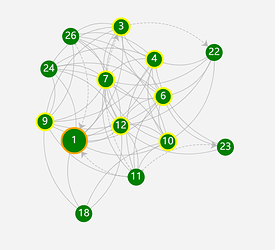 After a few days it obviously popped up: 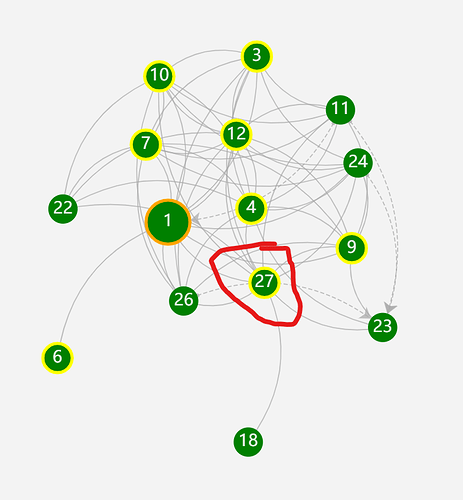