there is a binding for Orvibo S20?

No, but at least one other openHAB user is interested in their being one.

EDIT: I’ve got one S20 but i’m hesitant to buy too many as the one i’ve got has dropped off the network a couple of times. The TKB TZ68E is more expensive but I’ve never had any issues with them

I’m working on an OH2 S20 binding. So far it has auto discovery, turning on/off and renaming but I’d like to incorporate it’s timer functions as well at some point in the future. It needs some tidying up and I’m still trying to decide whether to release the core code as it’s own library or as part of the binding.

Maybe I’ll get round to uploading to github at some point this weekend for those that would like to help or test.

This is great news, I currently have a PHP version but wanted to fully incorporate into openHAB. I got the dev environment up and running this weekend but ran out of time to actually do any binding creation. I may hold off on creating something from scratch myself if your work is near release, Java is by far my worst dev language.

I have 7 more of these on the way and not having to use the crappy Wiwo app at all would be amazing, currently I do use the timer functionality but usually I set once and forget.

I’ve created a PR here https://github.com/openhab/openhab2/pull/570 if you want to test however it is still an early piece of work.

Thanks for the speedy update, I will check this out tonight.

I had to setup an openHAB2 instance since I have not taken the plunge yet and it did detect all the switches and I was able to switch them on/off.

Since the nest and harmony bindings are not ready for v2 I will not be able to use this yet unfortunately.

Since the nest and harmony bindings are not ready for v2 I will not be able to use this yet unfortunately.

Are you sure the Nest binding does not work on openHAB 2? I thought compat-layer issues had been resolved?

There’s a difference between works with and written for OH2. I can definitely confirm the Harmony binding works with OH2.

I’ve like to test this out, I have a number of these sockets and have started getting into OH2 with all my other devices.

How do I download the .jar file through the github link?

It seems the PR got nuked when I had to refactor my github repo due to the karaf repo split. I’ll create a new PR once I’ve made sure the code works with the recent ESH changes.

I don’t know if I’ll provide a jar yet though (some issues I’d like to resolve first) so you may have to build it yourself if you want to test it.

I created an Orvibo S20 binding for OpenHAB2 for my personal use. 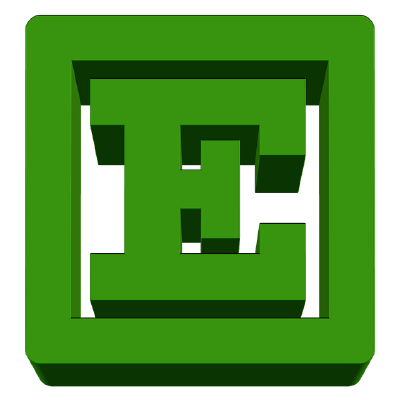 Contribute to openhab2-orvibo development by creating an account on GitHub.

Unfortunately, I didn’t see Daniel’s code before doing a binding of my own, otherwise I could have save my time!

The S20 binding for OH2 has been merged.

You can find details here

I have tried orvibo binding which is within in openhab2-addons project. It works via some Habmin configuration.

I also go to erangaj’s github to have a look. Actually by my best understanding of the README there, the add S20 into wifi network function I mention below is also NOT in his orvibo bindings.

Are you using the official binding or erangaj’s?

It might be possible to do it within the binding but I have not looked much into this. From what I’ve read the way the device is added to your network using the app is that your phone sends out packets over wifi containing your network ssid and password which I’m not particularly keen on.

Are you using the official binding or erangaj’s?

I use your binding within official openhab. But by checking erangaj’s github page, his version also need the S20 be included wifi network previously.

. From what I’ve read the way the device is added to your network using the app is that your phone sends out packets over wifi containing your network ssid and password which I’m not particularly keen on.

Controlling the Orvibo S20 is working fine for me, but what about password protection?
The “Remote Password” that you can modify via the WiWo App prevents other users from controlling the switch.
I saw some UDP packet definition for the S20 somewhere that also mentioned a field for “password” to be send with the command, so having a little bit more protection of for the switch from being “hacked”. (Maybe password is clear text, but at least a password is required…)
Would that be something that could be implemented?

Could you raise an issue here to add that functionality to the core library?

My OpenHAB.org account is not valid for Github and I would rather avoid creating just another account for a service I am not really interested in. Hope this is understandable