Hello,
I think a big improvement on my home automation system will be a video doorbell with wifi functionality.

I look on Amazon and at the end I end with these one:

Is it integrable with openhab 2.4 ?
In case of yes, witch binding is needed ?

Thank you so much for support

I would be VERY wary of these cheap Chinese video doorbells. The access is though a cloud. And we all know how the Chinese value privacy.
My verdict: Stay away

are you sure ??
Is not specified anywere … i’ll tought it was like an “IP camera” … but I have any experience on these devices…

It’s possible, you’ll have to use wireshark. But generally speaking the phone apps are proprietary and access a cloud. Some off the cameras are hackable but not all.

I picked up a few xiaomi Ants cameras, which were a great camera, accessible by rtsp, storing the footage locally on an SD card. The problem was that every notification was being sent to their Chinese servers, and required extensive hacking by the community to eventually cut this off but keep the camera working. In this case, the local retailer was knowingly selling a version intended for the Chinese market to North America. Some of it may have been because the North American version was priced significantly higher, but I’m imagining also the North American version wasn’t allowed to stream/send information to Chinese servers.

I’d agree with the ‘be very wary’ approach.

I wouldn’t be so sure…
If I’d bought one of these, first thing I’d do is connect it to a separate LAN and wireshark the crap out of it to make sure nothing goes out. If it did, I’d return it as faulty.

There is a cheap doorbell that home assistant users have running that is made and re-badged under multiple brands including Hikvision, not sure if Openhab users have gotten onto it yet?
RTSP and snapshot work, but you can not get button push alerts unless u diy and hacked solution. 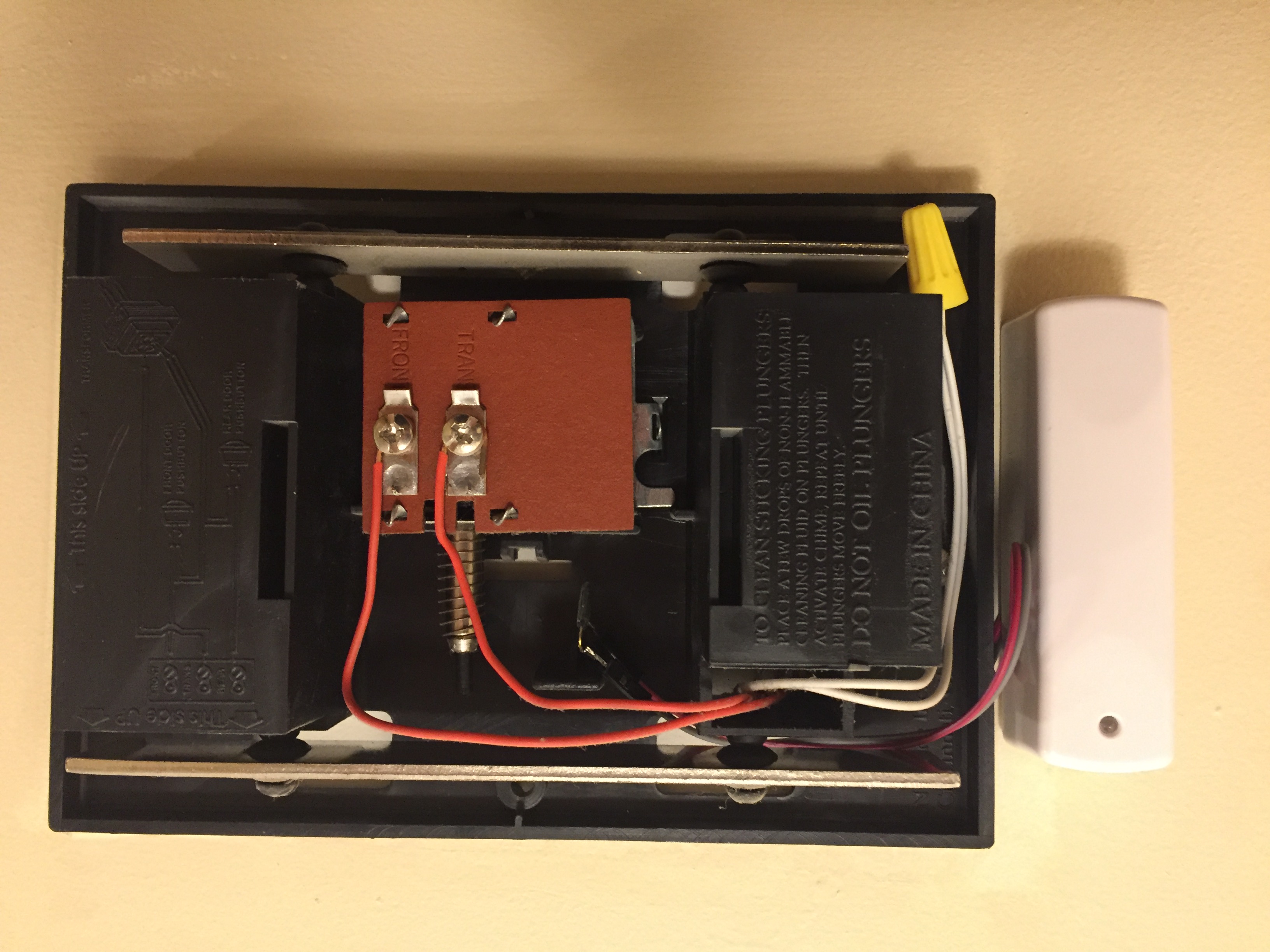 Make your Doorbell smart for about $27

I recently became a first time homeowner and like most people I've been allured by the Ring Video Doorbell. Despite the steep price, I have thoroughly considered purchasing one and after plenty of homework I decided that the Ring Doorbell...

Personally I am thinking of using a Dahua/Amcrest/ hikvision camera hidden up out of view that has alarm INPUT and OUTPUT terminals which Openhab can now control with the ipcamera binding. These relay terminals can be used to connect to any doorbell switch and buzzer/bell.

Result is button, audio and motion alerts direct to openhab and no cloud subscription.

Two way audio is not implemented in the binding but I suspect it can be done with Dahua and amcrest easily enough as the api has this feature.

Another brand which has an api is
https://www.doorbird.com/api

My verdict: Stay away

At the end you all right guys.
Re considering all the variables these kind of cheap chinese stuff could be a mess…and I don’t want to risk.

BUT:
what I need is

Some Advice from you guys ???

I have a very similar challenge - my gate doesn’t have reliable wifi signals. One day I’ll probably take the plunge and get a doorbird, and probably run cat6 cable out to the gate to do it all properly.
Other options for you could be to get a wireless repeater to expand your wifi, simply add a wireless access point closer, or perhaps a repeater with a directional antenna pointing at where the doorbell will be. This all adds up, though ($$$)

The monitor/speaker to have the conversation - this is all pretty accessible with most of the companies. They have apps that can be installed on a phone - but could also be installed on a tablet that is accessible inside. The person buzzes the button, the app receives a push notification, and you can start a conversation. This all requires a good network connection.

Found another way that is cheap if you like a camera down at eye level and you have an AC doorbell already or you want to have this out in the garden. 24 volt ac is able to be done diy in most countries and considered safe running through a garden. Hikvision have a whole range of cameras and intercom systems of varying price and features just not sure how many of them work as a normal ip camera and supports their api.

Make your Doorbell smart for about $27

I recently became a first time homeowner and like most people I've been allured by the Ring Video Doorbell. Despite the steep price, I have thoroughly considered purchasing one and after plenty of homework I decided that the Ring Doorbell...

For that price, I recommend getting any of Ring doorbell models. The first generation costs around the same price the model you listed. The rest are bit more expensive but completely worth it.