As I wanted to move into the KNX world due to some demands in our company I would like to ask which modules would be supported in openHAB 3. 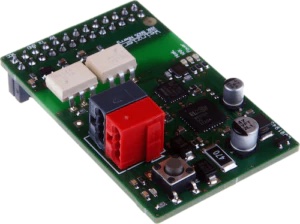 thanks in advance
richard

AFAIK OH only talks to a gateway IP. So setting up knxd and the hardware is beyond its scope. You are probably better off going with a commercial gateway.

And the gateway costs a fortune…even a stupid power supply costs you an arm and a leg (o;

Well as openHABian maintainer I’d be interested in hearing about someone to use knxd, too. Just haven’t so far.

PS: last time I looked commercial gateways started at ~130€. Not a fortune in home automation, particularly not when you have already paid for your KNX installation.

Well that can be arranged

Do you have any pointers for inexpensive KNX IP gateways and PSUs availabe for shipping to .de|.ch ?

Do you have any pointers for inexpensive KNX IP gateways and PSUs availabe for shipping to .de|.ch ?

nope sorry. I have no KNX myself.

Will dig into it myself then…and hopefully Thread evolves eventually next year (o;

MDT is known as a low price supplier for KNX gear. Search for their IP Interfaces.

Only with a Router you can have OpenHAB accessing the KNX bus and for example the ETS at the same time. A simple Gateway is not so convenient in my opinion (for development at least).

However, now comes knxd into the game: KNXD can access a simple gateway and do the routing for you. So openhab and the ETS access knxd and knxd accesses the bus using the simple Gateway.

For a really cheap solution confirmed to work with knxd the busware adapter might be used:
https://shop.busware.de/product_info.php/products_id/59

It is possible to use a KNX IP Gateway for Openhab and ETS the same time. I use this one eibmarkt.com - EIB KNX IP Interface PoE, with up to 5 tunneling connections
It has five tunnels that can be used at the same time.