Hi,
i want to buy some smoke detectors for my house. Is there any smoke detector, which is cheap and works with openhab (wireless)?

KNX-Smoke-detectors are rather expensive, z-wave detectors the same. There are many rf-smoke detectors out there, is there anyone working with openhab? Are they connected with 433Mhz or 868 Mhz and can i connect to them with CUL or rfxcom or something like that?

Are there also smoke detectors which include temperature (and humidity) sensors?

HomeMatic recently launched a new smoke detector that can be used with OpenHab (and a CCU2 or HomeGear as base station). The price for 3x HM-Sec-SD-2 in a set is around 139 Euro (= 46 Euro each).

Since the lifespan of a smoke detectors is around 10 years, most of these devices do not provide further sensors (like temperature or humidity).

I think about simple rf-smoke detectors which can be connected together - is there a way to connect them to openhab, too?

Check the user guide of the RMF106 if type KD101 is mentioned.
I suppose this one is also supported by the RFXCOM RFXtrx433E as it looks the same device as the Flamingo FA20RF / FA21RF which are supported. 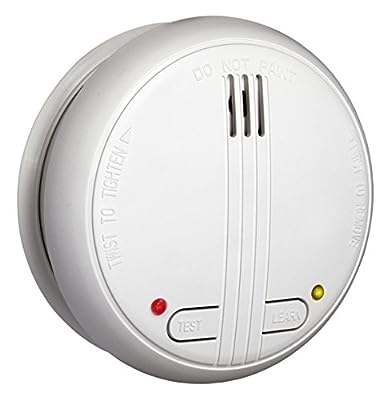 How can i make amazon links to be shown like yours?

And can i also send commands to the smoke detector? Like make noise (alarm) or checking the battery? Or is this simple read only?

i have this one for 8euros: 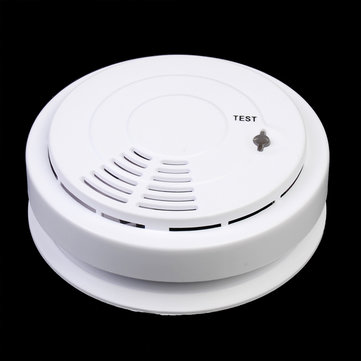 I use it with a gateway 433toMQTT I made with an arduino, indeed an rfxcom may do the job

Just paste the Link as it is. It’s a special feature of amazon, I think. 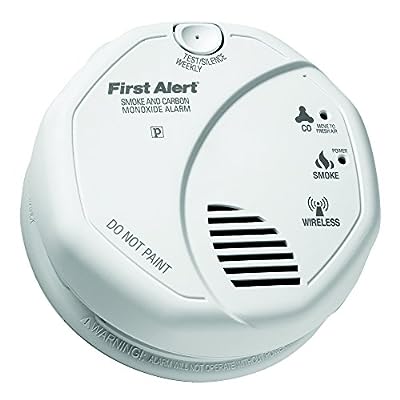 The siren in the KD101 type smoke detectors can also be triggered by the RFXtrx433E.
This is the only command supported by the KD101 detector.

Some notes:
Assign a unique ID to each individual smoke detector and by this way you can detect which smoke detector has an alarm condition.
The sensor does not transmit a battery low so you have to test the sensor manual or transmit a panic command to activate the siren.

Does anyone know if the Nest Protect devices only put alarms up to their server like the Nest Thermostat does or if they also have local connectivity? I’m unfortunately suspecting the former…

I’m looking for a reasonable inexpensive smoke detector with presence detection to make light and heating more intelligent. I know that running that on battery will be a challenge but nains power supply can be done as I have mostly false ceilings.
It should have presence detection not only movement!
I’m planning to hack an existing one but With the security aspects I whould feel more save with an of the shelf solution.
It should run on wireless communications! 868mhz or wifi preferred with an open protocol!

I understand you are looking for a more complete solution, but I thought I’d share what a colleague did. The problem I’ve seen is that the z-wave smoke detectors were not triggered when any of the other non z-wave detectors went off. He simple bought the add - on module for his standard detectors and then used a monoprice door/window through it’s external switch add on. Total cost was around $35 and it will still work when you replace your standard detectors every 10 years.

I just replaced all my existing with the First Alert z-wave ones above. Cheaper to replace them all imho.

Does anyone know if the Nest Protect devices only put alarms up to their server like the Nest Thermostat does or if they also have local connectivity? I’m unfortunately suspecting the former…

Presently, the API is cloud based. Nest has a protocol called Nest Weave that will allow local connectivity, but I don’t think it’s available yet to the public.

gateway 433toMQTT I made with an arduino

I’m really interested in this one. I think I can imagine pretty well how it works (I have some ESP2866-based MQTT sensors) - but how easy was it to capture and decode the communications from the sensor? I’d like to integrate a few of the home security sensors on sale from Banggood into my OpenHAB setup. Thanks! - Tim

I use the rcswitch library. The good point is cheaper is the sensor simpler is the RF decoding. By using the gateway and banggood sensors I was able to easily integrate less 5euros sensors to my home automation system. I m going to publish the code of the gateway in the next days if you are interested

Yes I certainly am interested in the code! When you publish it, could you please just let me know by replying to this post (so I get an email notification)? Thanks!

One more question - what hardware are you using for the 433 MHz transceiver? 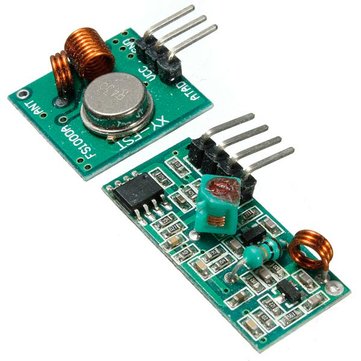 Linked to an arduino uno clone and a w5100 ethernet shield

Perfect! (that’s what I was hoping you might answer…)