New z-wave device needed and existing device to be renamed

I think device 197 needs to be renamed “VRCS4” and a new device created for “VRCZ4”.

Hi Reeves,
Ok, thanks for the clear info. I saw your comment on this on the database site. To be honest I’m having trouble telling the difference between these two

I note that all the text and the files on device 197 all refer to the VRCZ4 - why do you want to change it? ie what makes this entry correct for the VRCS4. The information in the overview etc has presumably been pasted from the VRCZ4 manual, so it’s not just a case of changing the name. If it’s just the image (for example - although the image on the site looks the same as the VRCZ4 data sheet, so I think this is also right) then we can change that. Or is the endpoints - although given the two XML files you posted appear to show the same classes, these devices are apparently the same? (at least the command classes shown in the NIF are exactly the same).

Yes - this should be fine, but I’d like to understand why the current entry is the wrong name first…

I did this for the FGRM222 (renamed to FGR222) a couple of month ago and this caused some confusion when people are updating their zwave binding because they are seeing an error:

Some Zwave things not configurable in Habmin and PaperUI after upgrade to OH2.3 Installation

Yeah, I definitely don’t want to break the configurations of others, so let me see if I can explain a bit better so you can point me in the right direction.

On the MRCZ4 (left) you press the left side of the button for on and right side for off. On the MRCS4 (right) the buttons have no rocker, they just toggle a scene on and off. 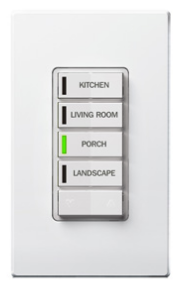 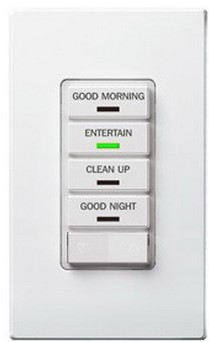 Why do I suggest changing item 197?
The ID on my MRCS4 matches 197 (if I’m reading it correctly). In the comments of item 197 another user notes that it matches the ID of his MRCS4 also. The ID on my MRCZ4 does not match 197, this is what lead me to believe the entry had been mis-named when created. Note: I’m not sure if it was obvious, but I put the name of the controller type on the XML files I uploaded.

Looking at the conformance statements on the z-wave alliance site it looks like the VRCS4 supports 12 command classes while the VRCZ4 supports 13. Perhaps that gives a way to tell if item 197 is correctly labeled?

Looking at the conformance statements on the z-wave alliance site it looks like the VRCS4 supports 12 command classes while the VRCZ4 supports 13.

But in the devices themselves, it seems to be the same… The one that is missing in the 12 command class version is the BASIC command class which neither report in their NIF that they support… The ZWave alliance site is not a reliable reference.

At the end of the day, I don’t mind renaming the devices - so long as everything is consistent in the end. Another option is to delete the current one and add both

(when I delete an entry, it is not really deleted - just marked deleted, so we can get it back).

Let me know what you prefer.

For most things I usually lean towards deleting and starting fresh to remove any legacy errors. I’m not sure how much the database schema has changed over the years, but given that there are approved devices which have errors I’m guessing you’ve made some improvements since the entry was added.

Not really - I increased the error level to try and enforce a higher level of quality. Eg I now won’t approve devices unless people fill in the overview/inclusion/exclusion information.

The only real change I can think of to the schema is the addition of the category. Again, this is enforced for future updates but there are many devices that don’t have this filled in yet.

Ok. I’m easy, whichever way you think best. I’ll start with editing the existing and adding a new one.

I am new to openhab and z-wave and am setting up my configuration. I have some VRCZ4-M0 4-Zone Controllers and when I try to add them, I am getting a log message:

I’ll update the database. The change won’t be reflected in the binding until Chris does an update.

Edit: Wait. That type:id is already associated with a device. Let me look into it further.

I am running a release, so I will have to wait for a an update.

Are you sure your device is a VRCZ4?

Also, since the type:id is in the DB (but for the VRCS4), the device should be recognized.

I received that log message with that type:id and the documentation says VRCZ4-M0. I just reset everything including my Z-Stick Gen5 and attempted to add the device through the openHab interface (rather than using the button on the USB stick). Now I am getting:

I’m not sure why it’s not being discovered.

It has rocker buttons.

It has rocker buttons.

Ok, then I think the database might be incorrect.

@chris or @sihui Not knowing how this will affect anyone else, I’m hesitant to move type:id 0702:0261 from the VRCS4 to the VRCZ4. Clearly though, @RichDiedrich has a VRCZ4 (it has the rocker buttons), and the device reported type:id 0702:0261, which currently is associated with the VRCZ4.

Not sure why this would be the case, since it got the manuf:type:id earlier. Let’s see if we can get the DB sorted out first.

Not knowing how this will affect anyone else, I’m hesitant to move type:id 0702:0261 from the VRCS4 to the VRCZ4. Clearly though, @RichDiedrich has a VRCZ4 (it has the rocker buttons), and the device reported type:id 0702:0261, which currently is associated with the VRCZ4.

I think what I’ve done in the past in such situations is to make the change, but add some references in the comments section so if/when someone complains, we can try and work out how to properly resolve it. Given we have no reference at the moment as to who added these IDs, we can do much else other than use the information that we currently know (ie VRCZ4=0702:0261).

Not sure why this would be the case, since it got the manuf:type:id earlier.

This is indicative of the binding not having initialised the device - probably the device needs to be woken up if it was reinitialised.

we can do much else other than use the information that we currently know (ie VRCZ4=0702:0261)

probably the device needs to be woken up if it was reinitialised.

I’m pretty sure it’s a mains device. Maybe he should exclude it, factory reset the device, then include again.

Ok, I made the changes to the database…

It could be that the device that wasn’t initializing was flaky. I did try another of my VRCZ4-M0 (rocker switch) devices and it is showing up as 001D:0702:0261::0.2. When I push the rocker switch (both left or right), I get the following messages in the log: