Compared to the existing 3B+ 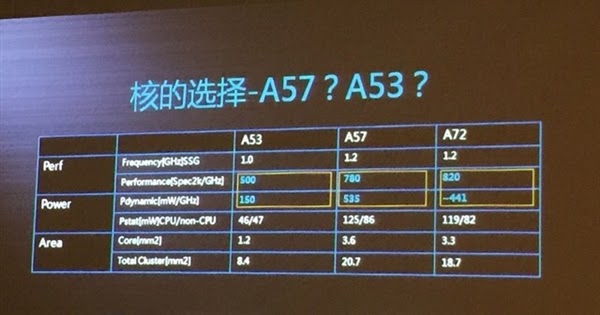 This should be interesting to see running OH. I’ve ordered one already

I am a little surprised they did not move to the latest Wi-FI 6 standard.

I’m very interested too in this new Pi…let us know if you encounter some trouble with the new version of Raspian (it’s based on the new Debian Buster).

Awesome! I just ordered a couple

Finally it has usb3, gigabit network and most of all available with more ram which was very much needed.

I am a little surprised they did not move to the latest Wi-FI 6 standard.

They always try and hit the $35 price tag which will always mean cutting edge stuff that will cost will not make the list.

For openhab, usb3 could be usefull when running external SSD drive. But i dont think it´s that important.
Gigabit ethernet isn´t that important, for stock openhab. But if you do video stream etc it could come in hand…
Most important, in my opinion… More memory… Thats highly appreciated. Unfortunatly it doesnt look like the 4GB board is available now. I want the 4GB version… But first of all, I want to be sure that openhab (hassle-free) works with Pi4.

After getting notification before breakfast, I got an order in early to Pimoroni to order a 4Gb board. Looks like they are already out of stock only 4 hours later!

The low-level technical details are being picked over by many people, but for me the highlights are:

Some news articles suggest sample dev boards have been with package maintainers in advance to improve hardware support today, but there’s always a period of several weeks as bugs are found, new features found, drivers written and generally improved.

Being Java, OpenHAB should run immediately on a RPi4 4Gb but are there any specific benchmarks that would be useful to run if kit arrived in the post?

OpenHABian won’t work out of the box, as older Raspbian kernels are confirmed as unable to boot on the new device - exactly as with previous hardware upgrades. I’ll have to build up from new Raspbian Buster images with packages.

Gigabit LAN, finally!
This will save me another VM that´s currently doing Speedtests because the Pi 3 100Mbits isn´t enough.

Let´s see if the openhabian image get an update soon.

For openhab, usb3 could be usefull when running external SSD drive. But i dont think it´s that important.

I think it is very important; I have the mSATA RPi hat which currently runs over USB2. while better than the SD card (in speed and longevity) having this now on USB3 will be brilliantly faster

The bummer is that they’ve moved the NIC and USB ports so none of my hats will work.Hey Ho.

I’ve ordered one - confirmed - for delviery tomorrow. I’ll get it running with my OH install and switch over to it over the weekend.
My current strugles are RAM and (I believe) CPU

Chatting to a mate it seems the 4 has a PCIe chip which manages the NIC and USB. If this is the case when the next version may well have a m.2 connetor on it which will make it a nice little server…

Maybe the following information is useful.

It’s important to note that, at launch time, some important Raspberry Pi software doesn’t yet work on the Pi 4. To run Pi 4, you’ll need to download a brand new build of the Raspbian OS, Raspbian Buster. And not everything runs in Buster yet. During testing, we found numerous Python libraries or other required packages that weren’t compatible with the new OS.

There is also a new Raspbian OS, Rapsbian Buster.
The real question is will we get a new Openhabian image based on Buster?

Being Java, OpenHAB should run immediately on a RPi4 4Gb but are there any specific benchmarks that would be useful to run if kit arrived in the post?

Parsing Rules tends to be the big noticeable pain point on RPis. Comparing the startup time/.rules files parsing times would be informative.

If these were out a few years ago I would have a bunch of these instead of this big black box suspended under my desk.

I had always debated whether my son’s first computer would be an RPi (something like the Kano kit), something he can assemble himself but was always concerned about the RAM. With 4 Gig I’ve no more concerns. Now I just have to wait for him to get a bit older.

The real question is will we get a new Openhabian image based on Buster?

Given the quote Mark included just above your post, I think it will be wise to wait a bit.

Now I just have to wait for him to get a bit older.

My first computer was an Amstrad CPC I think it was in 1985. In 1986 I got two Atari ST´s, and later a coupple of Atari STé´s. The STé got modified with 1GB RAM (i think it was) From there things went fast. Had my first real PC in 1986, an 8086 CPU with monochrome monitor and 512MB of RAM and 5 1/4 inch floppy drive. Later added an MFM hdd. When the Atari Falcon arrive, I had to get one of those as well.

The STé got modified with 1GB RAM

Are you sure it was 1Gb? That sounds very large for those days.

The first computer I used was a Nascom 1 back in 1979, followed by a ZX81 with 1Kb RAM if I remember correctly - and that was shared with the graphics. Even though it came with BASIC, if you wanted to do anything meaningful, we had to drop into assembly language… those were the days

Keen to see what these are like running openhab, and if there is any real time benefit to update.
Currently im running a rpi3 model b and it runs fine.
But im only running openhab, with NGINX. nothing else.

Id love to have it load items, rules etc faster, restart faster, but totally not a necessity.

Keen to see what these are like running openhab, and if there is any real time benefit to update.

I went from a Pi3 to a clone which has close to what the Pi4 has and can tell you it is not much and not worth upgrading UNLESS you need the extra ram or CPU then it is totally worth the upgrade. If you have not run out then may as well keep what you have as the Pi5 is probably only 12 months away from being released.

If you have not run out then may as well keep what you have as the Pi5 is probably only 12 months away from being released.

Are you sure it was 1Gb? That sounds very large for those days.

Without reading up, my guess is it wasn’t neither 1GB nor 1Gb but rather 1 MB which should have been rather plenty 1986…

How much hassle will it be to upgrade to RPI4 from RPI3, I assume you can not swap the SD card over…