Hello all,
as i’m walking deeper into the openhab rabbithole, my current endeavour is integrating my 3 perenz 7110 ceiling fans in openhab.

let me just give a quick rundown of the funcionalities those fans have:

It’s funny to me how they decided to have 2 separate commands for the least useful feature(the led strip) and only one toggle for the main light, but it is what it is. When we purchased them they felt very smart, to date they have super silent and powerful fan operations though.

NOW
following the binding’s instructions i ended p with this structure:

How to expose the items to iftt/google home in a way that they can be manageable by it through simple ON and OFF commands.
In my understanding, the transformation that is currently operated by the sitemap on top of the string items would need to happen between the string items and a “google home compliant switchable virtual item” and then i woudl expose that and not the string item through openhab cloud.
is this feasible? how to do it? i can’t locate the relevant guide or documentation, if it’s already been written, so in that cas just a pointer woudl help.
TY!!

here is one of the 3 fans’ entries in the:
*.items file

*.sitemap file that connects them

How to expose the items to iftt/google home in a way that they can be manageable by it through simple ON and OFF commands.

One method:
You could create a new “dummy” (not linked to any binding) Switch Item that you expose to the Cloud Connector (myopenhab) + Google Assistant and write a rule that triggers based on the state of this Item.

by the way: I don’t think that you can apply ["Switchable"] tags to a String Item (only to https://www.openhab.org/addons/integrations/homekit/#item-configuration)

by the way: where do you use the MAP transformation? I didn’t see any reference to it in your Items
I don’t have a Broadlink setup so I don’t know the internal workings of it

Ty Dim, that’s pretty much what i’m trying to do. But my question is VERY basic. I’m sure i can’t create a dummy item containing a rule from paper ui… how do i go about it?
I can add items in an "dummies.items files, but how to connect them to a rule?

using the Item name like in my rule example (note: the example is very basic and you will need to customize it to your needs)

and use the name in the rule

by the way: where do you use the MAP transformation? I didn’t see any reference to it in your Items
I don’t have a Broadlink setup so I don’t know the internal workings of it

if you scroll towards the end of the sitemap portion, you’ll see the connections to the map file

Thank you very much

if you scroll towards the end of the sitemap portion, you’ll see the connections to the map file

srry, improper use of naming

question still remains: where/how do you use the MAP transformation file?

If I am not completly wrong: you don’t need one

question still remains: where/how do you use the MAP transformation file?

OHH , see i was going to reply in a totally different direction.
Yes, the broadlink device sends RF433, RF315 and IR commands

well… then why do you have a *.map file in your $OPENHAB_CONF/transform/ folder?

In theory: it’s not being used

I don’t know how the broadlink binding works… maybe it is used by the binding itself?
can you link to the docs for this binding?

maybe it is used by the binding itself?

Insert the data string into the broadlink.map file together with the function. For example, I inserted the following line into broadlink.map for turning on my tv.

yes it is,
and it is handy as well from a beginner’s perspective - as getting the codes is quite a lenghty process, having a milestone halfway to have the hex codes organised helps 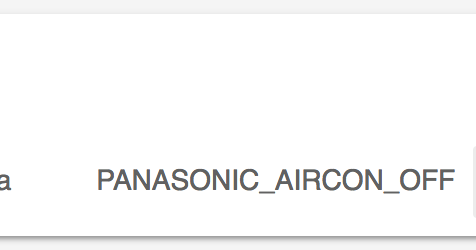 My Broadlink RM3 IR blaster has been working pretty well, so I thought I'd share how I've been using it with a couple of IR-controlled air c...


This made me realise how verbose what i was jotting down was and how complicated it is going to be for me since each of my rf433 fans has inbuilt dimmer +led strip+fan, and is powered by a z-wave switch which resets it to light on, led off, fan off.

I think i’ll restart with a logic flow diagram XD
not bad for a first rule ever written project.