I need to extract the third number from an expression like 22,33,44 (the brightness of a hue-lightbulb).
In YAML …state.split(",")[2] would do the job.
But don’t know how to transfer this to Javascript in a rule. From a Javascript documentation I got this idea (which doesn’t work):

eventually the code should be in one line, this is divided in separate lines for testing purposes …

Do you have any idea how to work with split or a different (and simple?) solution?

Doesn’t work how? Fails to split the string in the way expected? Fails to run at all? Errors in the log?

What type of Item is this? If it’s a Color Item then the State is not a String. It’s a HSBType. You can only do String operations on Strings. If it is an HSBType then you can just call .getBrightness() to get the brightness value.

And there is no reason to pull the Item from the registry just to get its state.

If you want to split a string item that is not hsbtype it can be done this way. For future reference.

This is the HSB way:

Thank you for your help, @rlkoshak and @ubeaut !

I just recently started with OH. And with rules just a couple of days ago (until now I used node red), so I appreciate your support and you may better understand the following (which otherwise might seem quite stupid, my recent experiences with OH sure make me feel that way…)

Doesn’t work how? Fails to split the string in the way expected? Fails to run at all? Errors in the log?

I seem to have a fundamental problem with my OH-installation (tried to describe it here: OH freezing - until reboot - #3 by Ursusprimus); one of the problems is, that OH seems to break but I don’t notice immediately. Probably because it still runs in the browser. So I do some coding and wonder why nothing happens with the addressed-items, thinking I made a mistake. After a while I check (by now I got used to it and to it regularly) by trying to open OH in another tab, when it’s not opening, I reboot and then at least I can continue. But as it takes some minutes, it’s quite annoying/frustrating …
However, with some of my rules (as above) a reboot doesn’t help so I thought it must be a problem of the code. Strangely, it sometimes (at least once, as written above) it changed the item, later it didn’t any more. Not even after a reboot. This leaves me somewhat confused/irritated.
As of how to find if an item has changed, I see these options/problems:

So I have a combination of a fundamental problem (OH-not working like it should), a concrete problem (it value not changing consistently) and a lack of experience/knowledge (programming and error-finding).

To clarify things, here some screenshots.

I’m not sure where to see the logger info:

Maybe you have an idea what I could try …

The thing I used as an example looks like this: 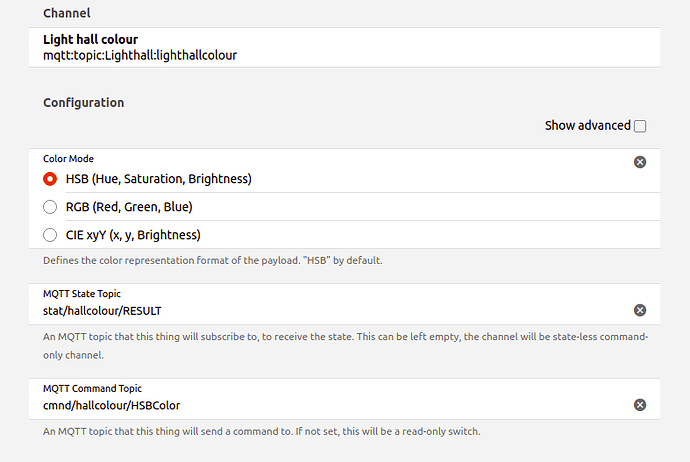 When you add the channel to the thing make it like this: 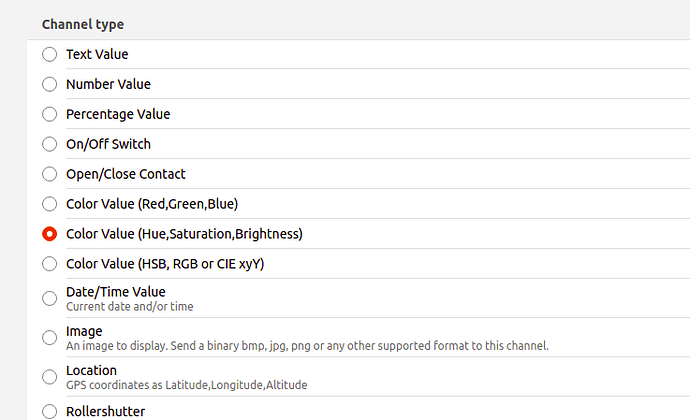 For logging use this command in Linux:

I get the impression that this commands gets me the same (more or less) output like in fronttail log viewer.

I get none of the output in the log with your programming proposal like you did (used search). So seems to be my flawed system …

The frontail does the same thing.
I ssh to the openhab server and run the the tail command.

First, almost never is speed of something like this something you need to concern yourself with. There main advantage of it’s shorter and all you need is the name of the item.

As for the rest, you need to be constantly monitoring the logs. You need to add logging to your rules and watch the logs for those as well. Pay attention to all errors. Try to understand what they mean and ask if you can’t figure out what they mean.

Writing rules without watching the logs is like driving a car blindfolded.

When asking for help, post the relevant logs but as text with code fences.

Based on just the description we are powerless to help.

@rlkoshak
To be more systematic, I

Given that, I think it would make sense to address the fundamental problem described above first. Maybe you (or someone else) could help me with that (although this isn’t the perfect post, but since I described so much about the problem already, I’ll continue here. I can copy it to the other post if you think this would be more appropriate).

I upload the 3 mentioned logfiles. But here’s what I think might be relevant, although I lack the expertise to interpret these messages:

this goes on for many lines, but they mostly seem to be repetitions

But no errors/warnings appear and no “v_string”.

Had to cut many lines off due to file size, but shouldn’t matter due to repetitions
openhab7shortened.log (671.4 KB) 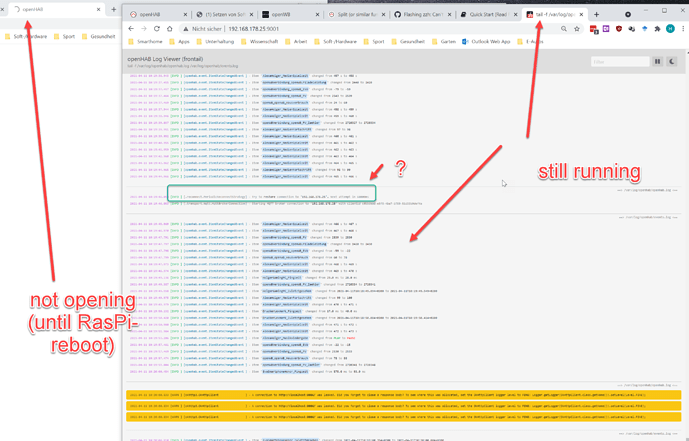 Not sure but maybe this is the relevant information for this problem:

Your old history log shows problems with your JDBC and MQTT configurations. Maybe you’ve fixed them since then. Won’t affect javascript rules.
openhab.log is the “current” version.

The problem is you are using frontail and it showing both openhab and events logs.
The events log is not what we want to see. Event log has too many changes happening in it.
If you log to the openhab.log then the output we see will be what we are testing.

If you ssh to the OH server and run the following command:

This is the rule you will run :

If you do all the above you may be able to get some help as the log files etc you send are not helpful at all. The log files look like you have other problems as well, but that is another story.
Good luck.

I ran your rule and it got me the expected output (among way to many error/warning-informations):

I then added this line:

and to make sure with a string conversion

Both times the information your put in logger updated, but the value of testvariable didn’t (and didn’t show in fronttail)

Ok, that worked. Now I should be able to continue with my rules

And learning about the “logger.info”-method is quite helpul since I can track variables with it too; thanks for that, too.

Independently of that I need to find a way to get my system more stable. I’ll try to somehow get rid off the jdbc- and influxdb-warnings and hope that that’ll do the job …

That’s the whole point of logging. To see what is happening in the rules etc.

Can’t you use regex? I have no experience with JavaScript but I found it should do regex just fine: Regular expressions - JavaScript | MDN

and your result would be the third match.

But knowing you want the third number this may be easier:

Then the result would be your only match.