What ceiling fan to buy?

I am looking for a ceiling fan for my flat.

I like this one for examle very much (expensive):

Or this one (cheaper):

But does anybody know how these can be integrated in my smart home?
I do not want a proprietary cloud service.

I could not find any suitable fan last year, so I ended up with a Westinghouse Comet and hacked in a ESP8266.
Considered the sonoff controller, but it is missing fan direction control.
I wrote about it here (in Norwegian): https://www.hjemmeautomasjon.no/forums/topic/5667-byggetråd-automatisere-takvifte-westinghouse-comet/

But I would consider this Plan B.

Thanks for your link anyway.

Haiku BigAssFans are supported in openHAB, and I think they ship outside the US. I have 3 of them and I like them a lot. Unfortunately, they are not cheap. The i6 model uses a different protocol than the Haiku fans, so that one is to be avoided.

Big Ass Fans designs and engineers the best ceiling fans and lights for the home in the world. Smart-home and digital assistant integrations bring easy comfort home with you.

Insteon makes a ceiling fan controller. However, I’m not sure if it’s available in your part of the world. It controls the lights and the fan speed, but does not natively support a summer/winter mode. There are similar Z-Wave and WiFi devices. I’m still not sold on any of those though as the physical interfaces aren’t as traditional as I’d like them to be.

The products from BigAssFans sound really great.
And having a dedicated binding is awesome.

But they are expensive and it looks like they are not easy (or cheap) to buy in Germany.
The “Haiku L” would also be a litte higher (29cm) than my examples from the first post (20-23cm).
And I have a low ceiling (2,4m).

@Burzin_Sumariwalla
I think I would need some kind of Insteon hub first, right?
If a third party controller is an option I would properly go with the SONOFF iFan03.

According to this post, there are not many smart ceiling fans on the market yet.

Smart ceiling fans are relatively new to the smart home world. Therefore, there's only a handful of available models. Regardless, our top pick will change the way you look at ceiling fans forever. Whether or not you actually buy one, these smart fans...

Looks like the smart fans from “Modern Forms” can be controlled via Wifi, too.
See: https://community.home-assistant.io/t/modern-forms-smart-fans-integration/109318
But I don’t know if this would be easily achieved with openHAB or if somebody had to develop a dedicated binding.

I guess the best solution will be to find a normal fan that can be controlled with the Sonoff iFan03.

If you go the Insteon route, you would need a controller. An Insteon Hub would probably work, but a better solution would be an Insteon USB PLM. (The native openHAB2 binding is Insteon.)

I agree with you that at least at this time you may be better off with a standard ceiling fan and finding a way to add “smarts” to it.

But they are expensive and it looks like they are not easy (or cheap) to buy in Germany.

Agreed. They are not cheap.

On the positive side, I understand that the binding developer gives really good support.

What fan did you end up getting and are you happy with the integration? I’m also in Germany and looking for options for a ceiling fan.

I bought the 132cm Version which is big.
But it does not stand out on the ceiling, because of its decent design. 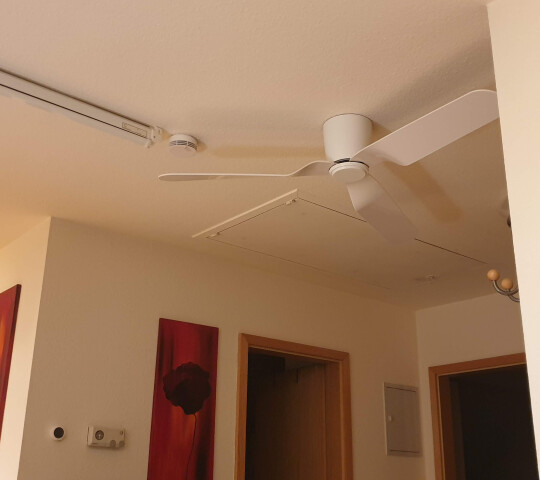 I am using the Sonoff 433 MHz RF-Bridge (with Tasmota Firmware) to control it.
If you use another fan, you might need to read the RF commands for your model first.
But you will find the commands for this model in the config below.

Ofcause the RF-Bridge can only send commands to the fan and does not receive any status information.
But controlling it with via Amazon Alexa works great.

I can turn it on/off, change the speed and invert the direction.

I have a Fanaway Evo2 in my livingroom. 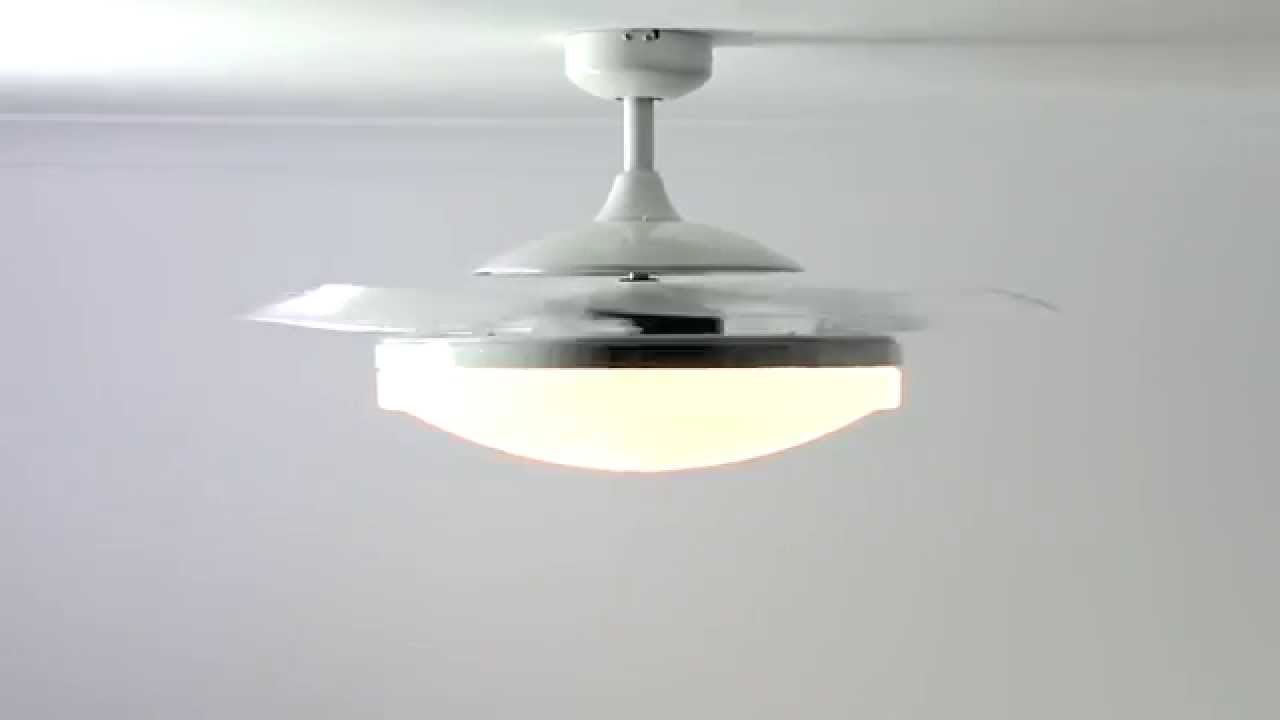 Nice feature are the hidden blades and the big light. I replaced the original RF controller with a SONOFF iFan02, flashed with Tasmota.
This gives me full MQTT control over the light and fanspeed in openHAB.

I am using a Lucci fan and portisch software on a sonoff rf bridge. 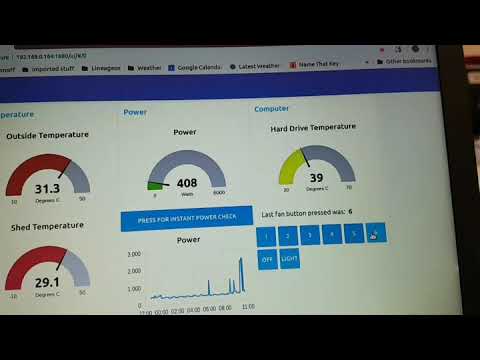 Thanks so much for all the great suggestions!

Also, it wasn’t clear to me that a good option might be to just get the fan that my wife likes the design of and just replace the fan controller with a sonoff iFan02 if the original rf controller isn’t hackable.

Also, it wasn’t clear to me that a good option might be to just get the fan that my wife likes the design of and just replace the fan controller with a sonoff iFan02 if the original rf controller isn’t hackable.

As far as I understand that does not work for most of the newer fans.

As far as I understand that does not work for most of the newer fans.

Why is that?
Most 3-speed fans should work with the iFan 02/03 controller.
This could be checked if there is only one L-wire going from the speed switch to the motor.

Using the Sonoff iFan was my first choice.
But I did not find a compatible fan that fit my needs (size, design, price).

Maybe all other fans do work with an iFan.
My impression was that modern fans are incompatible because they use another motor design to be more efficient.
But I am no electrician.

If I remember correctly, most 3-speed fans use a switch with 3 different capacitors for controlling the fanspeed. That‘s why you cannot simply use a dimmer to control them.
And that‘s exactly wht the iFan uses internally.

Thanks again for the tips! I ended up ordering the Ikohs Windcalm with light [WINDCALM DC STYLANCE WHITE - Deckenventilator - Create Ikohs] and I’ll do some measurements with the RF controller when installing it to see what’s on the wires going to the fan.

Hi Scott,
im about to buy the same fan. have you managed to connect it to openhab?

I haven’t had a chance to start hacking the fan with openhab yet – too many projects, and the uncertain interoperability wasn’t a show-stopper for me – but I did take a closer look at some of the components during installation.

The motor is DC and the controller uses three wires to control the fan speed and direction, so the iFan will not be compatible, unfortunately.

The LED array has pairs of yellow and white LEDs and two ICs (SDS3703P and SDS3513S) to support the lamp color and dimming. The signaling is via the two AC wires for the lamp.

Controlling the motor and light directly by replacing the existing remote receiver seems like too much work for me.

Regarding the fan itself, I think it’s a good deal, especially for the price and I ended up buying a second one for another room. The wide base seems a little bulky compared to the more common pole-hung fans on the market, but this makes it much more stable and I didn’t have to use weights to correct any wobble. I thought the light was OK, but my wife finds it harsh, which is why the second one we ordered is without the light. On that one, the edges where the blades butt together is exposed and the differing wood colors and grains are very noticeable, especially when the fan is spinning. If this may bother you, consider getting the model with the lamp or the cover plate.

The remote controls for both fans give the impression that Ikohs is not a fan or usability specialist. I have both fans wired directly to unswitched power to be independent of existing lighting and I think Ikohs uses these mainly on switched circuits. The light control on the remote, for example, cycles through the different warmth colors when switching between on and off. So when I turn the light on, I need to press the button a bunch of times until I get the warmth I always want. The remote for the fan without the light has two unused buttons and a different layout than the other fan. If we had these fans on regular wall switches and used the remotes only to adjust settings, this wouldn’t be a problem.

In the end, though, we’re pretty happy with these fans. We have 1-2 more rooms where we may eventually add fans and if we do, we’ll very likely stick with the Ikohs fans even if I can’t get them working with openhab.