What shoud I use for a Zigbee hub

I am sorry for asking. I have searched and cannot find an answer.

I currently have an array of Ikea Tradfri bulbs, Tradfri hub and Tradfri switches, plus will add some Philips Hue ones.

What is the best way to have a single hub for these and other Zigbee devices? I am happy to run something on as a container or on a Raspbery Pi if needed.

I will only be controlling the devices thorugh their own remotes and Openhab 2.2.0. I do not care about any other apps or mechanisms.

There see to be about 1,000 over complex answers to this question!

Hello,
You could use the Zigbee Binding with one of the supported usb sticks (https://www.openhab.org/addons/bindings/zigbee/#supported-coordinators) and connect the devices directly to openhab with no hub needed.
Depending on which devices you plan on using you could also have a look at the zigbee2mqtt project (http://www.zigbee2mqtt.io/) which uses an cc2531usb dongle which you can find flashed with the right firmware on Ebay. There is a bigger support for some devices but you have to do the additional step over Mqtt and ard stuck with the cc2531usb which does not support zigbee 3.0 to my knowledge.
Best regards Johannes

Thank you. I like the idea of a usb stick on the openhab and avoiding the need for any hub.

Are any of the usb sticks recommended?

Thats the cc2531 I mentioned. Depending on the firmware it should work with openhab and the Zigbee Binding or zigbee2mqtt. I use one similar with the binding and it works great but as I mentioned those sticks are not zigbee 3.0 compatible which could come back to hunt you in the future.
I think right now the recommended sticks for the Zigbee Binding are the once based on the ember chipset.
Best regards Johannes

Hi,
what about the Conbee sticks?

They are more expensive than the other sticks and you have to use their software and two bindings depending on what devices you use too connect it too openhab. The deconz binding and the hue binding. So I think the Zigbee Binding or zigbee2mqtt might be a easier/cheaper option if you don’t already have the conbee stick lying around.
You can get the quivicon stick or the cc2531 for as low as 10€ sometimes.
Johannes 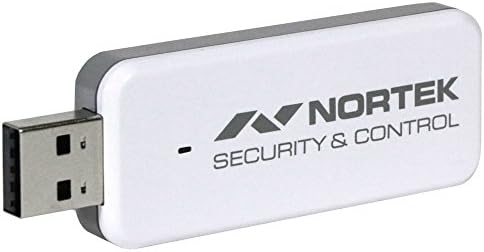 Good choice! And Z-Wave has tighter standards so devices integrate better.
The Zigbee spec is loose enough to allow vendors to place incompatible parts.
The Z-Wave frequencies are less prone to interference than the busy 2.4 GHz used by Wi-Fi & Zigbee devices.(Microwave Ovens interfere too.)

Blockquote what about the Conbee sticks?

Is there anyway that it can be used on my version?

I am using openhab on a docker and there does not been to be any option to upgrade to a later version.

Hmm there is a few people which run their openhab in containers. (@rlkoshak comes to mind, maybe he can chime in and help you with docker related questions) But 2.2 will be quite old for all the mentioned bindings. Why don’t you upgrade?
Johannes

The Zigbee spec is loose enough to allow vendors to place incompatible parts.

I don’t really think that’s true - at least no more so than ZWave. Both allow manufacturer specific extensions, but both also perform certification to ensure compatibility.

What gives ZigBee this “bad name” are cheap Chinese devices that are not ZigBee certified, but use parts of the standard in their own systems (eg Xiaomi devices). These devices may work in a ZigBee network, but if the manufacturer only implements part of the spec, then all bets are off.

I would say that ZigBee is better defined and better controlled than ZWave and it tends to be used more in commercial systems.

I have one of these HUSBZ

This is definately a nice device and it works well with the ZigBee binding as it has the Ember chipset. Unfortunately it does not contain a bootloader so it’s not possible to update the firmware which is now quite old. That may mean that in future it may not be able to support new features, but at $30, it’s hard to beat I think.

For the Europeans it should be mentioned that one would have to order the husbzb-1 from the states. So it would take a while and be more expensive to ship.
Johannes

For the Europeans it should be mentioned that one would have to order the husbzb-1 from the states. So it would take a while and be more expensive to ship.

I would not recommend it for EU users. The ZigBee side would work, but the ZWave won’t work in Europe so it’s not really such a good option.

Off-Topic but unless they outright state I see no forum entry that indicates where somebody is located.
That is very important for helping with zwave, for instance.

Thank you everyone. I have just purchased a Qivicon USB stick.

Very well worth asking, as this is quite different from what I thought I needed to purchase.

I will likely suppliment it by a zwave stick (maybe the Aeotec one) at some point.

Hopefully I will be able to get this working by plugging it directly into my QNAP NAS and accessing it via from within the OpenHAB docker.

I am using openhab on a docker and there does not been to be any option to upgrade to a later version.

??? There has always been a way to upgrade. Just download the latest image and run it. The container will see you are running a different version and update the bindings as appropriate.

I even helped code the stuff that backs up the old config before doing this so you can go back if you need to.

But all of this assumes you have mounted conf and userdata into the container as described in the docker readme on dockerhub.

About all it takes to upgrade is change versions is change the image label to openHAB:latest or openHAB:testing. The container entry script or OH handles the rest.

The QIVICON does not work. My NAS only has USB3 ports, and the device requires a USB2 port.

Any suggestions for one that will work with a USB3 port?

Or, do I go down the Raspbee route?

Maybe worth a trial but when flashing arduino stuff sometimes when you add a cheap usb two hub inbetween the usb 3 port and the dongle makes it work.
Just a thought so.
Johannes

I did try that, but no luck.

Is it now a raspbee?