I have a Zigbee usb stick from Bitronvideo 2010/10, based on the Silicon Labs Ember 3587 radio module which is recognized just fine by the Zigbee binding.

I’m now trying to use it with my very first Zigbee device, a door detector that can tell its opened/closed state along with battery level and temper alarm.

Going to the inbox, I was able to scan for new zigbee devices and the sensor appeared just fine, the model id being reported as TS0203 as can be seen here: 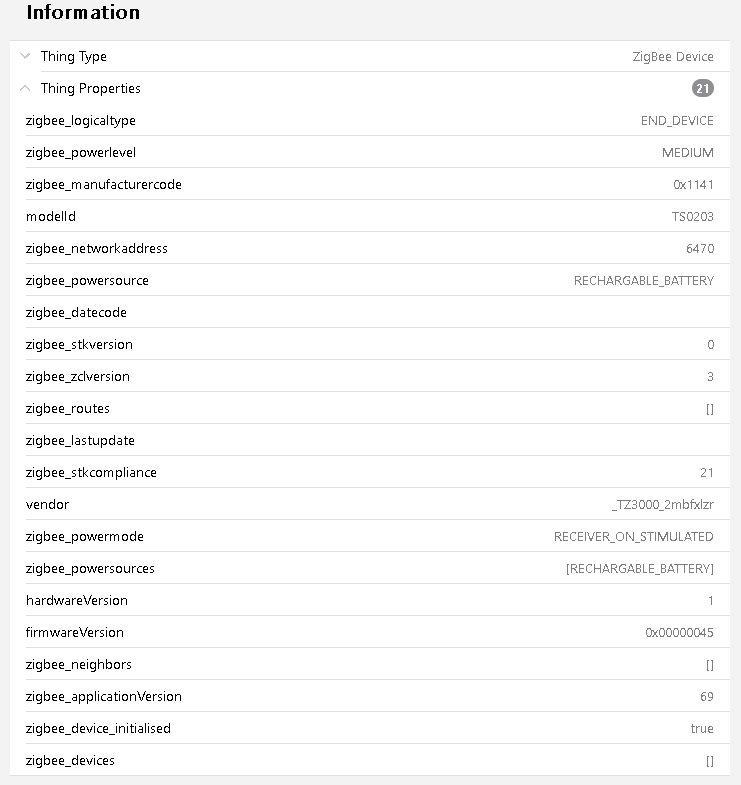 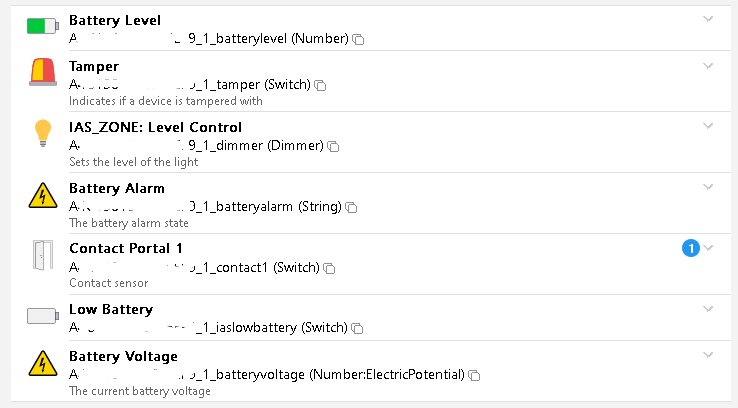 And I have linked the “Contact portal” to a Point item in my model.
However, that point item always stays NULL, even when I simulate an opened or closed state by moving the magnet away from the base sensor.
When I do so, I see the LED on the device itself flash briefly, so I’m quite positive it is sending an information.

Obviously, I have missed something to make all this work, but I’m a bit lost here as the information that I could gather is rather sparse.
I have seen this topic, but I’m not sure it would help with the issue I’m facing.

I went looking into the log files, but apart from a line telling me the device has been added, I’m not seeing other zigbee related messages.

Would you have any recommendations?

For reference this is the version I’m using:

I have linked the “Contact portal” to a Point item

What type of Item did you create? It’s not showing in your screenshot, a Switch type hopefully,

What type of Item did you create? It’s not showing in your screenshot, a Switch type hopefully,

Well, I did not choose, I used the UI to “Create points from equipment” and selected “Contact Portal 1” as shown above. It used the “contact” type and created this: 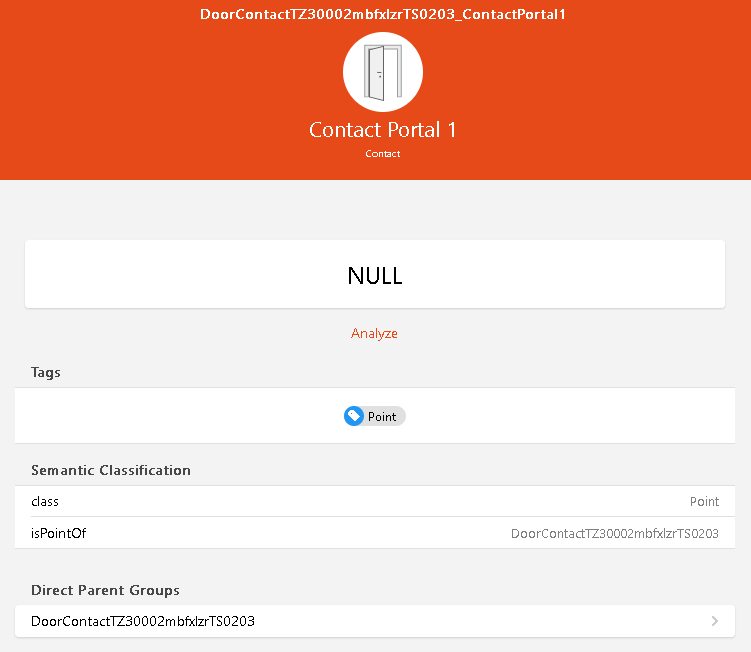 But it’s the same with all the other channels on that device, they stay Null. I mean, if I create a point from the Battery Level channel, it creates it as Number but stays Null.

Well, as it turns out, there was a need for an upgrade of the driver. This was even mentioned in the documentation but I did not fully understand it:

Firmware versions higher than 6.4.0.0 may be required to work with some newer devices (i.e. those conforming to the Zigbee 3.0 standard). If your dongle has older firmware then devices may appear to join the network, but will not work as they will leave the network if they do not receive updated security information.

Using the zigbee firmware VERSION command, I found out that the preprogrammed version was quite old (5.6) and using the binary indicated in the other topic, I was able to upgrade it to 6.8 which now allows the stick to fully recognize the sensor.

With all this, the values are now updating properly.