Just bought the Zooz Zen23 from the Smartest House here in the USA. It is version 4.0 and does not appear to be discovered and I’m thinking it might not be the database. I have some V3 switches that work fine. I am on 2.5.9-1. I do not have the skills to know what to put in the database. Any help would be appreciated. I appears the same as V3

It may look the same, but there will be a configuration parameter or association group that is different. Sometimes they publish a separate document with the details, so the manuals might even be the same. To get it into the database, include it and upload the xmls. You’ll need permissions for this. Then build out the database entry. Zooz has been sending out devices for us to get them into the db, even before they are released or the firmware updated. Maybe that has stopped.

I can see if I have a Zen23 and update the firmware, if you have trouble with it.

Scott thanks for the quick reply. I’m afraid that is beyond my skill set as I don’t even understand your outline. By include it, do you mean via paperUI? I also do not know what to build out the xml with?

I do not have a Zen23, but @Bruce_Osborne has one. Maybe he can get it setup for you.

By include it, do you mean via paperUI?

I prefer and recommend Habmin for anything Z-Wave, and that is not just a preference… Paper UI can mess things up. By include, I mean to perform the discovery and add it to your Z-Wave network. You should read through the documentation for the binding, especially the Z-Wave database section and the link to the database instructions.

I also do not know what to build out the xml with?

The xml will be built by the binding after the device is included in the network.

Ok I understand a little better. I do have the xml file that Openhab started with after discovery. It is not as complete as the xml for the V3 and shows the unknown manufacturer, etc.network_f1c43721__node_56.xml (2.7 KB)

Actually, and I hope this is not a problem, I added the node with Simplicity studio first, since I was checking network health, removing a ghost node, taking care of two failed nodes with the zstick off Openhab. Of the three nodes added by SS, this was the only one with issues and I figured it was V4 since the database only had V3. I do generally use Habmin, but switch back and forth. I’ll keep at it. Thanks

Of the three nodes added by SS, this was the only one with issues and I figured it was V4 since the database only had V3.

I do not see a ZEN23 with a V4 firmware. I suggest excluding and reincluding the device through OH. Although, when you have unknown devices, sometimes it helps to restart the zwave binding or OH.

I’m assuming you mean more than just delete (trash bucket) and re-search. I’ve done that. The box is clearly 4.0 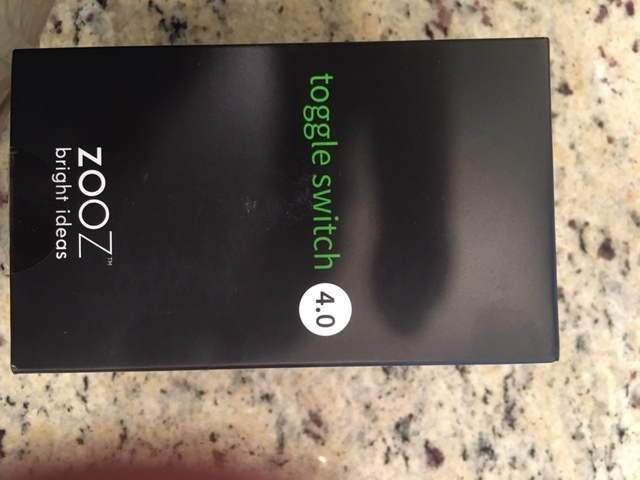 OK… it’s v4! The binding should still identify it as a v3 or greater though, but any new features would not be available until a new device was added to the db.

That would delete and rediscover the Thin, which is occasionally needd when the binding has an update to a devices Thing definition, like added/changed/removed Channels. What you want is exclusion, which can be initiated in the Thing properties of your Z-Wave controller. If using Habmin, you will need Tools> Show advanced settings (top right).

Ok I did the full exclude and back to same place after inclusion. Basically the error in the logs is unknown manufacturer.

Also found the manual= too big to upload. It does have new features.

I wish I would have paid more attention and cheked the DB, but like you noted above Zooz seems to normally be on top of things. I really just needed a switch for what I was trying to do and the V3s work fine (I have 3). I’m done for today.

@Bruce_Osborne, can you get this added?

@5iver
I can try but I’m in the middle of a major project at home currently. A wood deck repair turned into a redesign & replacement. Need to get that done before Thursday’s rain.

I switched one of my v3’s into the busy location and moved the V4 to a less used location, so am not in a hurry. I’m also thinking about returning it and getting a v3. Anyway take take of your issue at home

@apella12
Thank you very much. I know, if needed we can get help from the excellent Zooz support.

I just emailed Zooz support to insure we are properly supporting this device.

Zooz support has just shipped me a sample to verify with OpenHAB.

Great ! (it did say on the website it was supported by Openhab, but that was probably based on the V3 model) Anyway thanks for doing this!

I suspect that this is a copy of another device that we’ve recently had problems with as the device doesn’t report that it supports CCs such as the manufacturer information. This means that it’s not discovered (among other things).

All of my Zooz devices (plugs, sensors, switches) are missing the manufacturer. I was wondering about that but the rest of them can be configured.

Here is a picture of the V3 version

All of my Zooz devices (plugs, sensors, switches) are missing the manufacturer.

The manufacturer ID itself is not the issue - that we know. The “Unknown Manufacturer” statement here can be ignored - that’s just a display issue with HABmin and has no bearing on the database.

The type/id (which is the information that comes in the manufacturer command class) is what we need to get (somehow).

The type/id (which is the information that comes in the manufacturer command class) is what we need to get (somehow).

I should have a device to test. It shipped today.