"ZWave Plus USB Dongle" in my Inbox since Build 1358

Hi…today upgraded from Build 1350 to 1358…now i have a new zwave device " ZWave Plus USB Dongle" in my INBOX of PaperUI…
What does that mean…have a working zwave infrastructure…but what is new here? Any suggestion what to do…confirm? remove the old USB debvice beforehand?

Ignore it. This is caused by a new feature in the binding which detects the dongle. It only works on Linux machines, so this doesn’t happen for everyone.

If you already have a controller configured though, then it’s best to stick with that controller to avoid issues with channel naming etc.

What can i do…remove old controller and add new and find replace all IDs in configs?

If you didn’t use the new controller, then everything should be the same as original…

not here…i now had to remove the old stick. did accept the new controller…now of course all zwave devices fly in the inbox…my ID now is 512 and not hexcryptical stuff…lets hope changing ID makes all play music again

It looks like you used the new coordinator. If you didn’t use the new controller, then everything should be the same as original…

no, i did not touch the new controller from the inbox until i realized that my zwave devices do not initialize anymore…so i started to remove the old controller and add the new one…

should this work or is this now an even worth situation…like i can use the new ID to get my zwave nodes up in the air again?

I’m not completely sure I understand the state of your system - to me, if the ID of the controller is now something like 512 as you state above, then you are using the new controller. If that’s not the case, then I don’t know why the controller got renamed, so I’m not sure I can really comment.

You probably are best to reinitialise with one controller or the other.

1.) i realized that a new device is in the inbox (the NEW controller). did not touch it.
2.) my zwave ndoes do not initialize with the old controller…did not touch anything at that point.
3.) as you said it should work, but it did not, - my last resort was to remove the OLD controller and accept your new controller from the inbox, which brougt in the 512-ID…

My question now, is it that simple like before to update all items with the new ID in the channel and all should work again?

You are probably best to just use it - it’s up to you though.

I’m seeing exactly the same… Currently have my original controller thing showing as Online, the new ZWave Plus USB Dongle sitting in the Inbox, as yet untouched and all zwave device things now show as uninitialized. 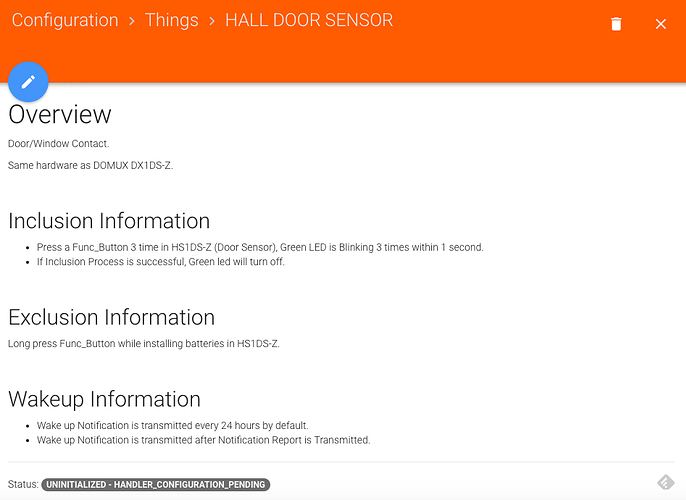 Yes - it’s the same reason as I explained above.

In my case it was not as the way Chris mentioned - “leave it untouched”. With original controller all zwave items were dead…even after a while or after a reboot.
my last resort was to REMOVE the original controller and accept the new one…after that i changed all channels to the new ID and now i’m in “healing” means trying to reactivate and entry/update all association settings which have been lost with this re-entry of all zwave items with their new channel path…

Chris, can you explain what has changed now with the new controller?

Chris, can you explain what has changed now with the new controller?

All that has happened is the is a discovery process that gets some information from the OS, checks the PIDs to decide if this is a ZWave stick. If it is, it adds the thing to the inbox. If you do nothing, then nothing changes. Ignore the thing, and nothing changes.

This is absolutely not true! I had a system update yesterday and all Z-wave devizes stopped working. No one went into the PaperUI and no one accepted the new USB device. My old serial interface was online but none of the devices were available.

This is a true bug! I have tried every other way to get it working without success. As the spouse is coming home and we have a dark house, I had to add the USB device and now it finds my devices. But with that I will need to rename all devices. Not so fun at all.

It is important that this is sorted out for other users.

It is not a bug - but it is an issue that needs to be understood, but I don’t think there is anything that can be done to resolve it.

The issue here is that if you have auto approve enabled, then the system will create a new dongle - automatically. This will cause a race condition on startup, and it’s then a 50/50 chance that the system won’t work.

This is why in the latest update notes that were issues for M4, I recommended deleting all things, including the controller. It is the only way around this that I am aware of.

What about if auto approve is NOT enabled and yet the new device still appears in the inbox and all zwave devices stop working??

What is the issue you’re reporting exactly? I’m not really sure what your issue is without further information?

@riturrioz can you assist with answering questions here please?