I would like to control a fan with IR commands.
Is there an easy way to read the IR command of the remote an send them through openhab to the fan? I am looking for a device with a existing binding.

The simple answer is there is no “easy” way that is plug and play.

I have done IR stuff with TASMOTA and Broadlink. Go the Broadlink

It’s taken me some time to get this all working, so I hope this is useful for someone else! The situation The room has one of these fan/light combos on the ceiling. The whole fixture can be controlled via the included infra-red (IR) remote, which looks like this: [image] To enable automation of the fan/light I got a Broadlink RM4C Mini (branded as BestCon).

I‘m not a pro but managed to realize this project and made a tutorial out of it afterwards.

Use case: In my setup (I have rather old but otherwise good TV with IR remote control, hooked up to a Yamaha YSP-2700 soundbar) getting from “I want to watch TV” to “TV actually running” typically took ~30 seconds, 2 very low-responsive and annoying remote controls and lots of buttons to be pressed. Not surprisingly, our household was not very happy with this. Goal: “Alexa, start TV” should do all of this. Hardware used: Raspi 3B+ running openHAB 3.3 and a Nivian NVS-SMARTIR-W2 IR blaster (whi…

It‘s for a TV, but approach should work identical.

+1 to Broadlink. I’m using the unofficial binding with an RM4 Mini, which is inexpensive and can be bought with a temperature/humity sensor in the USB cable. Here’s the last release. 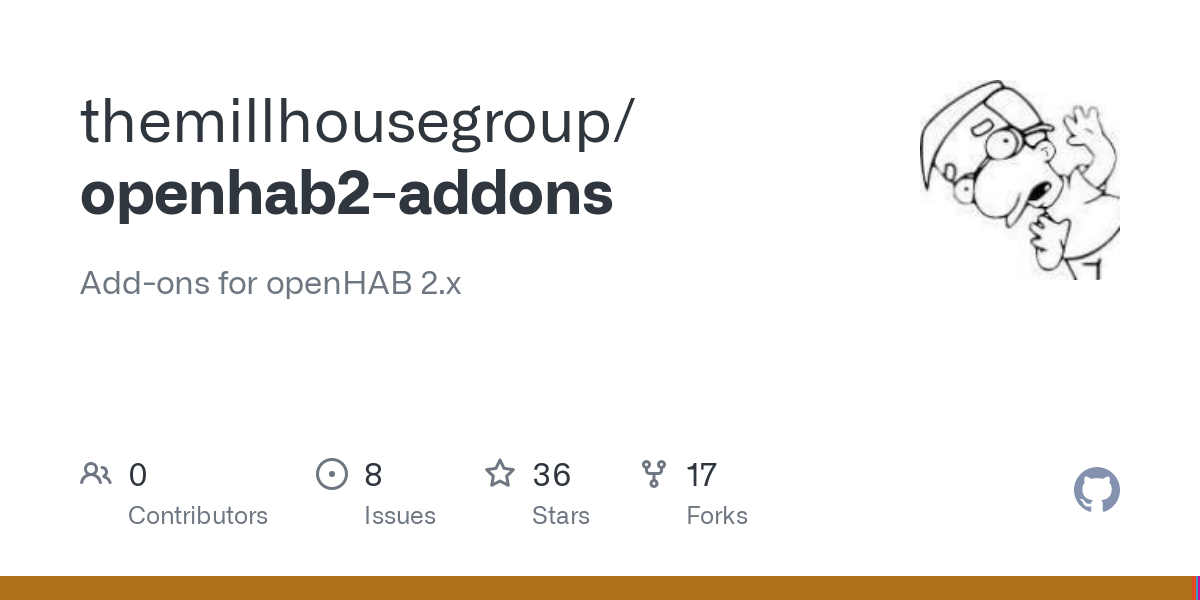 Add-ons for openHAB 2.x. Contribute to themillhousegroup/openhab2-addons development by creating an account on GitHub.

It hasn’t been updated in a long time, but works just fine with OH 3.3.

Here are the instructions for learning the IR codes, which you can then store in a MAP file and use to trigger commands.

Hi Carl, and thanks for the bug report, you were correct, that version of the binding was not cleaning up after itself properly. That is now fixed in version M5.3 I recommend this version to all Broadlink users on openHAB 3.1, it’s got a great new feature that was prompted (again) by @matt1 reviewing the PR - he wanted me to document in the binding’s README how you actually add remote codes to your broadlink.map if you have an RMx device - and I realised that it is a really nasty and complex pr…

I did this to control some cheap IR-controlled LED lights, and it works flawlessly.

I have a Rowenta pedestal fan that I control using a Logitech Harmony Hub, but you can’t get those any more. I originally bought the RM4 Mini to experiment with in preparation for the day that Logitech shuts down the Harmony Hub servers.