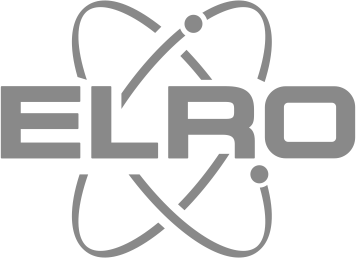 All functionality in this beta version is now available in the snapshot version of openHAB. If you wish to use this enhanced version, please upgrade to the snapshot, or the next milestone version 3.3.0.M5 as soon as it is available. You can still manually download the beta binding jar from this post and drop it in your addons folder if you do not wish to upgrade at this point.

The binding exposes the devices’ status and controls to openHAB.
Console commands support adding and configuring devices on the hub.
The K1 connector allows setting up scenes through a mobile application.
The binding supports selecting a specific scene.

Many of the sensor devices are battery powered.

The connector is the bridge thing representing a K1 connector.
All other things are connected to the connector bridge.

Testing was only done with smoke and water detectors connected to a K1 connector.
The firmware version of the K1 connector was 2.0.3.30 at the time of testing.

If devices are outside reliable RF range, devices known to the K1 hub will be discovered but may stay offline when added as a thing.
Alarm devices can still trigger alarms and pass them between each other, even if the connection with the hub is lost.
It will not be possible to receive alarms and control them from openHAB in this case.

The account bridge thing does not have any channels.

The connector bridge thing has only one channel:

The scene channel has a dynamic state options list with all possible scene choices available in the hub.

The connector also has an alarm trigger channel that will get triggered when the alarm is triggered for any device connected to the hub.
This will also trigger if an alarm on a device goes off and the thing corresponding to the device is not configured in openHAB.
The payload for the trigger channel is the deviceId for the device triggering the alarm.

All these things have the same channels:

The entrysensor thing has the following channels:

The motionsensor thing has the following channels:

The motionsensor thing also has a trigger channel, motionAlarm.

The temperaturesensor thing has the following channels:

The powersocket thing has only one channel:

A number of console commands allow management of the Elro Connects K1 hub and devices.
This makes it possible to add new devices to the hub, remove, rename or replace devices, without a need to use the Elro Connects mobile application.
The full syntax and help text is available in the console using the elroconnects command.

Is it a zwave implementation?

No, it is not ZWave. I don’t know the specific protocol.

I’m interested in buying a couple of smoke detectors (+the hub). I’m wondering if the siren is implemented in each smoke detector, AND in the hub as well. And if they can sound independently OR together. Is it something we can configure?

And, more important as this seems not present in other detectors, we can trigger the siren also for other warnings. Is that correct?

The siren is implemented in each smoke detector. When they are coupled with the hub, they will also all be coupled between them and will sound when one of them is triggered. They cannot sound independently when connected to the same hub. You could couple them to multiple hubs, but that would decouple their direct link, so they will not automatically sound together anymore (each set connected to different hubs independently).
The binding can trigger a test, which will sound all detectors connected to the same hub. The test sound is less loud than the real alarm signal (although I still find it more than loud enough). The test cycle takes about 40s, will sound all detectors, and cannot be interrupted.

The most important thing to me is the working of the smoke detectors when there is smoke, under all circumstances. That means they all sound, even when the hub is out (for instance, electricity is off because of fire). All the rest is extra. I find it very important they keep on working without the hub.

Yes absolutely. The issue I see is, in case of emergency, you don’t know where is the fire (or where is starting), because they will sound all together.

Any possibility to solve it? To let openhab know where is the issue?

edit: wait, the sound is everywhere, but we should see where the smoke is detected right? Because only the affected detector will trigger the “smokeAlarm” channel, right?

Correct. And the sound from the triggering device should also be different, according to their FAQ.

fantastic. I will give them a try. Just buying, I’ll let you know as soon as I’ll start the tests

The first issue I see is: I have the K1 on a different subnet than OH3. And it seems they are not able to see each other.

Just to be clear: the application is working perfectly, and I’m now able to use the app on a different vlan/subnet. I’ve also added a smoke detector in the app, without any issue. At the moment the communication between OH3 and K1 is not working.

Is the binding considering the Mac address after “ST_” to try to find it in the lan? any chance to add the K1 IP directly? I think we should add a field “IP address” in the “Show advanced” features, before “Refresh interval”, just for people like me that has a complex network infrastructure at home. Otherwise, the normal “connector ID” should be fine, for “flat” deployments.

I hope @Mherwege you can help us

The binding finds the connector address by broadcasting an udp packet. Without this, the hub does not start communication. But you can change the broadcast address to include your subnet. It is a general openHAB network setting.

Not sure I understand. The broadcast is specific per subnet. I don’t think they will be able to work.

Perhaps you mean a multicast address?

Mmm I don’t know how to solve it

Did you try 255.255.255.255 as the default broadcast address setting in OH? Depending on your network, that may work.
I need to investigate if I can work with a fixed IP. Adding a parameter for it is not the issue. I am not sure it will work. I believe the app uses the cloud for connection when not in the same subnet, and I want to avoid that.

If you like to try to implement a fixed Ip, I can test for you

In the meantime I’ve moved the K1 in OH3 subnet, and it works like a charm.

Note: we need to add the Smoke Detector in the ELRO app before discovering in OH3.

Happy to hear it is working. I will see what I can do on the fixed IP.
Indeed, the binding does not implement connecting the detector to the K1 hub. That needs to be done in the app. Once it is there, it will be discovered. I will make that explicit in the doc.

Another thing: wifi supported is WPA2.

WPA3 or WPA2-Enterprise not supported.

But no issues in case of hidden ssid (not recommended).

If you like to try to implement a fixed Ip, I can test for you

I have a test version with an extra IP Address parameter available. You can download it here. You will need to remove the bridge and recreate it for the extra (advanced) parameter to appear.

Unfortunately I’m not able to test now, I’ll do my best in the next few days.

btw: I see there is a “trigger” channel SmokeAlarm, what is the output and how can I match it with an item? Sorry, I don’t have experience with trigger channels … can I use it only in a rule?