I am looking for a relatively future proof ZigBee (and maybe Thread) USB dongle and saw in the oh2 zigbee documentation page that EFR32 seems to be supported. I could not find the mentioned dongle from silabs thought, would someone have a link?

Another options would be this one: https://www.cortet.com/iot-hardware/cortet-usb-sticks/em358-usb-stick did anyone try it? I can see that there is a combo stick thats working (HUSBZB-1) but it has a zwave part thats illegal around here probably.

Yes - this is what I used for development. However, they don’t come with firmware installed and the devkit is extremely expensive so it’s not a great option as far as I can tell.

I’m currently looking at the ConBee dongle which is available in EU and US on Amazon. I’ve just received information this morning from the manufacturer so will be looking at this in the coming week.

Do you have any news on the ConBee dongle?
I am really eager to start with Zigbee, but I really do not know which dongle to buy.

I received some information back from Dresden a few days back with updates to the documentation to cover the errors I’d found. I’ve not looked at updating this yet.

@andres_meyer: Have you found a dongle yet which can be bought in the EU and is compatible?
@chris: Have you had time to look at the documentation from Dresden Elektronik? I would be willing to try to help out with integrating the API from Dresden, ecen though I am new to openhab development and Zigbee in general (but have a background as a developer in the .Net area)

I programmed a stick from aliexpress

8 euro for the stick
10 for the programmer

just delivery time to germany from china is a pain

Would also be an option even though I would prefer a more solid solution. (I am just hesitating to get a full developer kit…). Could you post the specs of what you bought and how you did it?

I hope to get the ConBee working soon. I have updated the code recently, but have also had to implement another dongle so am making a few small changes to some interfaces to allow better support.

I hope that in the very near future we will have ConBee and Telegesis dongle available.

Sounds great! Let me know if you need a tester. 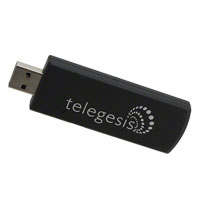 I’ve not added this dongle into the binding yet, but will do shortly. Currently the binding isn’t building due to a build configuration issue which I hope will get resolved soon…

Awesome with upcoming conbee support. Getting in of those soon.

Yes, there are 2 versions I believe, and they are fundamentally the same but they have the issue I mentioned with the drivers that make them a bit more difficult to use.

I’m still waiting on some info (again) from Dresden. Hopefully once I get this it won’t be too hard to complete the implementation and that should give us 4 working dongle options

I’ll try and get a binding with this driver as soon as possible - it might be next week given the SmartHome day this weekend as I’m away from home for 5 days… I may need to host the JAR on my website if the build is not resolved by then.

Sorry if this has already been answered but is the goal for the ZigBee binding to work with any/all ZigBee devices or just a specific subset?

I have a number of Xiaomi sensors which as I understand communicate back to the Xiaomi gateway through ZigBee and if possible I’d like to get rid of the gateway (security/paranoia). I also have a Smart Meter which, from my research, communicates back to the display unit via ZigBee so I’d like to be able to receive these messages back into openHAB in possible.

Sorry if this has already been answered but is the goal for the ZigBee binding to work with any/all ZigBee devices or just a specific subset?

In general, yes, it would work with “all” ZigBee devices. This isn’t a 5 minute job though and if there are device specific issues, then clearly we need to work around them.

That’s not my understanding. Xiaomi is “ZigBee like”, but it doesn’t implement all of the protocol and this means that there are problems getting it to work with ZigBee compliant devices. It may not therefore be possible to support these devices (I know SmartThings have issues with supporting Xiaomi devices).

I should have added that of course if we can get Xiaomi devices supported, then we will, but the focus is on getting certified ZigBee devices working