I am looking to control GE Zigbee bulbs.

This sticks seems to support Zigbee. Does this work with openhab? 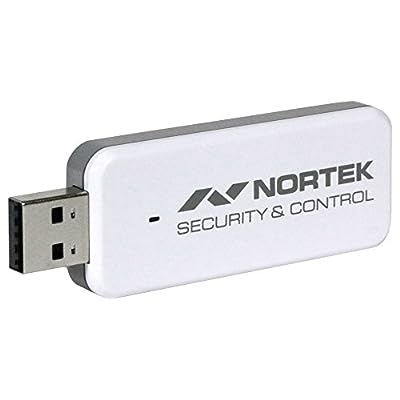 Does this work with openhab?

Yes - both ZWave and ZigBee are supported.

Yes - both ZWave and ZigBee are supported.

And I should have been clear, that only the Zigbee part wouldn’t work. I suspect the zwave might, though you are the expert.

I’d love to be wrong.

Well, it sort of is - it has an Ember chip inside and Ember is supported. A few people are using it (@5iver can maybe comment).

that only the Zigbee part wouldn’t work. I suspect the zwave might

Yep - they both work ok.

I just added it to my wishlist.

I know the Zigbee binding is still a little bit beta (I don’t know how you find the time).

I’ve been using one of these for over a month now, and it cost me less than a spare zstick. The zwave chip is the same as a zstick, but the firmware versions are slightly different. However, they have the same libraries, as reported by Zensys Tools. The Aeon backup software can be used with it, and I have done backups and restores across the two. After some recent fixes Chris has done, the zigbee binding is now working very well, except for a possible bug in reporting states accurately (he probably already has it fixed). I have 25 zigbee and ~85 zwave devices, and this stick seems to be able to handle the load just fine. There have been some other’s posting about them on this and other forums too, so hopefully there’ll be more reviews. But so far, it has been a solid piece.

Do you mind listing what zigbee devices you had working with this stick?

he probably already has it fixed

Any idea of Xiaomi devices would work? They are supposed to be Zigbee as well.

I do have some Xiaomi devices here and will take a look at these when I get a chance. It’s worth noting though that the Xiaomi devices are not Zigbee compliant - they use Zigbee like communications, and 802.15.4, but that doesn’t make them compliant. I’ve seen other notes on the net that they don’t work with other Zigbee gateways such as SmartThings. That’s not to say it’s not possible, and I do intend to see if it’s possible to make it work, but please be aware it may not be possible if the Xi…

This thread has a lot of information on the Zigbee binding, including discussions on currently functioning devices.
chris (Chris Jackson) August 17, 2017, 7:42am #13

Any idea of Xiaomi devices would work? They are supposed to be Zigbee as well.

No - they are not ZigBee devices. They use part of the ZigBee protocol, but don’t fully support it and this causes problems where the ZigBee stack requires certain functionality.

I’ve been trying to get this to work as well.

Here’s the debug logs (I also have these logs with AshFrameHandler set to DEBUG):

Set com.zsmartsystems.zigbee to debug and head over here with another log from startup…

Hello, I would like to try out the Zigbee binding that is under development! Where can I found the repository with the latest work? I have some different TI hardware that I would like to test with it (CC2530, CC2531, CC2538, CC2650). Is there any instruction on how to generate the firmware, as I understand it is based on the sample code from TI, so it might be possible to generate firmware for them? I have some hardware from other vendors also, but then the interface needs to be rewritten?…

I bet @chris (Zigbee binding maintainer) could help with this…

Which version of OH are you running? Have you tried setting Reset to true on the coordinator? This should apply the configuration. I haven’t been able to change settings after the initial setup, so you may want to try deleting the coordinator and starting over. There have been a lot of changes to the binding since I first tried to get my HUSBZB-1 setup, and I haven’t tried starting from scratch since, so I don’t have any personal experience with the initial setup using the current binding, but you might find some helpful info in the Zigbee thread.

@chris Happy to try whatever.