Same for me. All charts in my sitemaps doesn’t show values since 1:00 o’clock. I am using rrd4j persistence.

Did you try to restart the openhab service?

Restart solved it as well. That might be worth an issue report, let us look through the already reported issues before filing a new one.

Today my rollershutters didn’t go up as usual. They are controlled by time at the weekend.

In the log file I got the following messages:

I assume, it is related to this.

That could be since at least @cweitkamp and me are using the rrd4j database, which needs a strategy for every minute. I would search in that direction first.
How about the setup, I’m on OH2, more precisely on Openhabian, how about the others?

In my live environment I am using Raspbian Jessie with OH2 installed from Stable repository.

Same here. Openhab2 on OpenHABian on Pi2.
rrd4j database stopped logging when GMT changed to BST last night.
Displayed current values are correct, just no logged data.
Restarting Openhab fixed it.
Not sure how to report this as an issue that needs fixing.

All my datapoints are empty past 3:00

Maybe someone else can confirm the following observation (I’m using influxdb):

after 3:00 had no new datapoints until I restarted openHAB.

have still data points after 3:00

So it seems for me it has something to do with the internal scheduler.

I’m pesisting only everyMinute and had the issue. I also assume it is the scheduler.

And no datapoints from 3:00 -> Openhab restart.

I would file the issue, but where?
It looks like it is related only to rrd4j or persistence. Would that be Eclipse Smarthome or OpenHAB Core?

That is a good question. I think it should be placed in the Eclipse Smarthome project.

Filed an issue on ESH

It looks like it is related only to rrd4j or persistence.

As it is also a problem with InfluxDB (as mentioned above), the issue is in the cron scheduler - I hope @kgoderis will find a fix within the next 6 months before the bug can hit us again

I guess I had a bit too much of the sun yesterday. That statement of mine should have read “…related not only…”!
Speeking for all the other posters in this thread, we do hope that @kgoderis can find a way to simulate such a time-switch on his system.

Are we all prepared for this tonight? The clock is turned back again to match wintertime. At 3 o’clock in the morning. The issue in ESH hasn’t been closed, yet. What will await us this time?

Just to give you any feedback. I faced no problems this time.

No problems here as well, the chart even shows correctly 2o’clock two times. 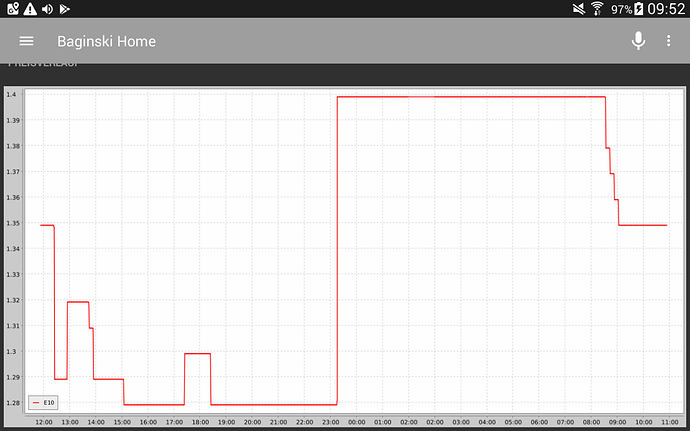