Hi,
I’m using this post as a record of my migration from using a micasaverde VERA 2 as a controller in a very simple Z-wave network. It has been pretty much successful so far.

Except for HomeKit and UI’s, all these others are to be used in the future, as soon as I understand how to use them in blockly instructions.

Hope this helps someone.

(27 March 2017) I went back to Domoticz, for the time being. OpenHAB2 is no way as stable as Domoticz is and not as easy to use when it comes to creating scenes / groups. I was losing connectivity from time to time (days), and that alone is enough to put it aside for now. 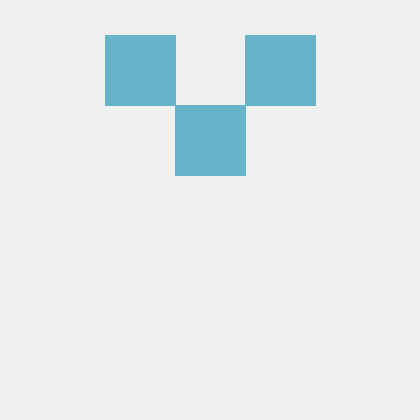 just wanted to say thanks for listing the steps simply to get a Z-Stick working with a Synology NAS and openHAB2.

I found a lot of confusing threads on how to configure it, only yours provided everything I needed to get it setup in under 5 minutes. Tis a Christmas miracle.

I’ve been trying to configure openhab2 on my synology server as well. I don’t use Z-Wave, but use another serial interface to communicate with sensors. This post is very promising as I couldn’t figure out how to access the serial port.

I’m familiar with adding openhab to the dialout group in linux, but what is the uucp group? Do I simply need to add the groups or is there additional configuration?

I just added the groups to the Synology user database, nothing special about it.

I rewrote the original post so that it can be of some use to someone else using OpenHAB 2 on a Synology, using the latest SPK released on github (2.1.0.004-SNAPSHOT-DSM6 on openhab/openhab-syno-spk). In any case I still have some questions that may be simple for non-beginners, if someone can help I’d be thankful:

Wait, so did you connect the AEOTEC Z-Stick USB Z-Wave Controller to the USB port on the Synology NAS?

Thanks a lot - this post helped to get the Z-wave uzb1 stick running on the synology NAS. Especially the ssh assignment was important

I guess it is kinda late, but as this thread is coming up among the first ones on a Google search with Z-Wave and Synology, I wanted to add that this information finally helped me getting the stick working after reboot (chmod 777 /dev/ttyACM0 always worked only until next reboot):

Z-wave Controller does not connect Beginners

Sorry, had notifications disabled. Yes, I do, currently on OpenHab 2.3.0

I’m doing the same with a script, but I also added the script to a scheduled task in DSM so that I can run the it manually from DSM UI - i.e. triggering it manually without rebooting.

Here’s the script I run, just once, on the Synology for the USB port.

I have 2 Synology’s in a HA pair (active/passive) with mirrored Aeotec zWave controllers in each.

Thanks. I ran this once and now my Aetec zwave controller is working in OpenHAB.
Do I need to run this after each DSM update?
Is it possible that the device name changes across reboots?

You can use Task Scheduler in DSM to make it run the script on boot. Mine is pointing to “/bin/sh /usr/local/etc/rc.d/S98openhabzwave.sh start”.
This will survive DSM updates.
I have it running every few hours just so that if I happen to unplug the USB stick it will eventually find it again.

Do I need to run this after each DSM update?

Nope; I’ve only ran it once over the last 7 months.

I tried to modify it to include my RFXCOM USB transceiver, but I still have to manually run the ‘chown openhab /dev/ttyUSB0’ after rebooting. Strange.

I see your posting on the GitHub OH2.4 SPK area also; I haven’t read the instructions on the GitHub page until now and it mentions stuff that appplies to the USB port which may apply to your Synology? I didn’t have to do this because I only have the OH 2.3 version installed which is part of the Synology library installed. I’m waiting for upgrade instructions from the developer in order to get mine to 2.4 also.

To do so the installer tries to add the openhab user to the groups dialout and uucp . But these groups are not present on all synology diskstations.

/run/lock for instance is created as this on a ds214play:

and /dev/ttyUSB0 is per default also created for root only:

This is the script I’m using, if it helps:

I have done everything like mentioned above, but i can’t generate the both files, because i have no access to this folder. I get following answer “-sh: /lib/udev/rules.d/99-aeon-z-stick.rules: Permission denied”

What can I do, to generate this files?

are you using elevated permissions? Issue sudo -i