you have the qivicon version?
If there is hope … I would maybe just buy one… they sell it for 20EUR now sometimes… seems not hot selling device ;I

My German is rubbish - so I take your word here

(I started to learn when I was working a lot in Germany, but never got far enough

one guy at fhem opened it (photo attached is from that link from the fhem forum above, credits go to him)

It’s physically different than the standard Telegesis dongle. You’d hope that they don’t mess with the API, but who knows… Telegesis do custom firmware for these things, and you can also program other Silabs NCP firmware into it (from the Silabs devkit who make the actual ZigBee chips) so I don’t think from looking at it we can be so sure…

Hi There,
I am very new to OpenHab, but I have it installed in my home running on an Ubuntu server, which is controlling a Philips Hue Hub and a couple of Modbus devices.
I am a software engineer and have experience of the Telegesis modules, which are now part of SiLabs. I think you will find the Telegesis Command Line API difficult to use, it is not impossible to handle bindings etc, but that was never it’s primary purpose. There is another API based firmware which has more HA functionality, but it is also quite limited and not readily available.
I’m not sure what you are trying to achieve, if it is a full blown Zigbee Gateway which supports 3rd party HA devices and Binding you would be better off using the Telegesis module in NCP mode (Network Co-Processor). Although to do that you might need to purchase a development kit from SiLabs (~£2K with a time limited compiler).
I really like SiLabs, but unfortunately I think for us cash constrained developers a better option is to use TI, NXP or ATMEL/Microchip, which all have freely available stacks and tools.
I have also come to realise that the Hue bulbs are LightLink devices, so supporting them directly is going to be interesting.
Another issue with Zigbee is it is licensed, meaning it cannot be distributed commercially without joining the Zigbee Alliance. Not a problem to many on here, but is another nail in it’s coffin.
One option is Thread, but of course that is not very advanced yet, although worth bearing in mind for future developments.

hey @chris
that file is not in the zstack3 …

It’s not one I’ve currently looked at - it might be possible to add though but I’d need to find the API docs (I guess it’s a serial port implementing the XBee API, but I’ve not found that written down in my quick look).

I would try this one. I’ve not tested the ZigBee 3 stack though, but I guess so long as ZNP is the same it should work ok… Let me know ;).

I will. Just ordered the dongle and cc debugger … will take a while to arrive

I’m new to Pi and OH. I’m currently using SmartThings v1, I was a bout the order ST v2 when I found out about OH.

My question is about the ZigBee dongle. I live in Australia and the market isn’t big here for Home Automation and specifically ZigBee products. Before I order a Pi, I’d like to make sure I can buy a compatible ZigBee connector. I have found a couple of dongles on AliBaba:

Can you please tell me if they will be compatible with the Pi 3? Is any CC2531 based USB adapter will work.

I am searching for a low cost ZigBee Stick compatible with OH2.

What I found is

Is there a cheaper solution available or is this the best one?

Also it seems like there is no tutorial how to set up the stick. If this combination is the cheapest working one, it might be worth adding a tutorial for it, so more users can benefit from this solution.

Further information regarding this combination:

How To Zigbee Binding to work with CC2531 Bindings

Hi, i purchased a CC2531 dongle. Now i have read the following issues/pull requests/links: So far i am not sure if i can use the binding only the CC2531 dongle. Do i need the CC-Debugger for flashing the USB Dongle? Where can i find the binding.jar for zigbee? Cheers regnets

Hi all, I recently got a CC2531 USB dongle on aliexpress and a smartrf04EB to flash the firmware using cc-tool on Linux: reinhold@zweistein:~$ cc-tool -e -w CC2531ZNP-Pro-Secure_LinkKeyJoin.hex -v r Programmer: SmartRF04EB Target: CC2531 Erasing flash… Completed Writing flash (242 KB)… Completed (7.89 s.) Verifying flash… Completed (78.21 s.) However, when I try to add it to OpenHab on my Raspberry Pi 3, the binding (installed from the marketplace) claims that th…

when I try to flash the hex file there is an error in the flash tool.
anybody got a hint for me? 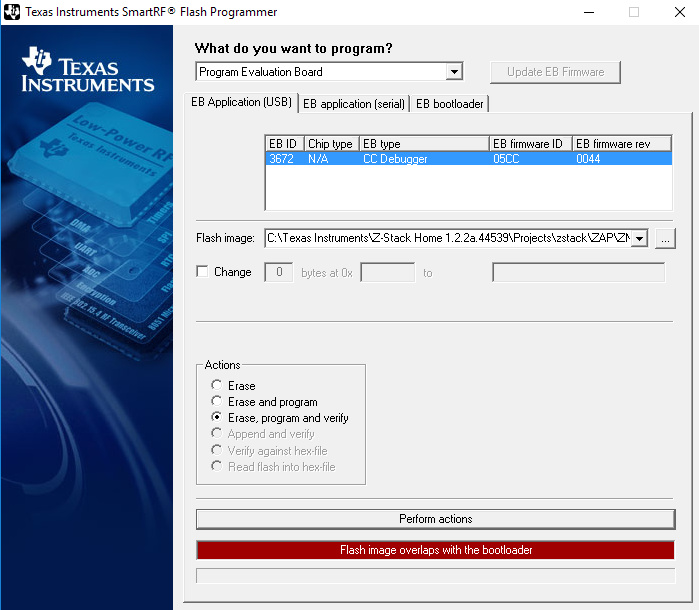 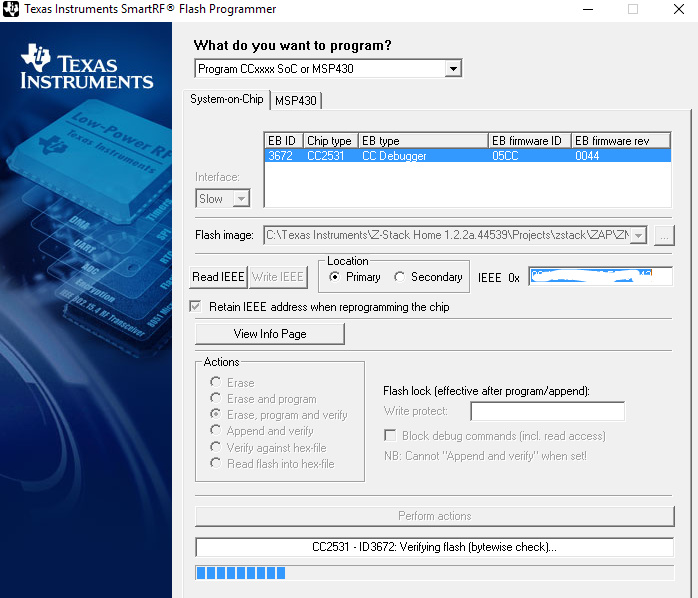 @shorty707 Did this work for you? Do you need a Windows machine to write the firmware? I’ve got the same stick and I’d like to get it working in OpenHab.

yes works
I used a windows machine. I think you can also use antother OS … but I only tried Windows

depends what image writer you get

I also had a zigbee stick with “smaller” pins.
I ordered this additionally then

i’ve got my hands on a ZiGate Zigbee USB stick.
I’m new to zigbee but it seems that this stick covers almost all hardware. (including Xiaomi)

But the binding is not covering this NXP chip.

See/Get the hardware for your self. 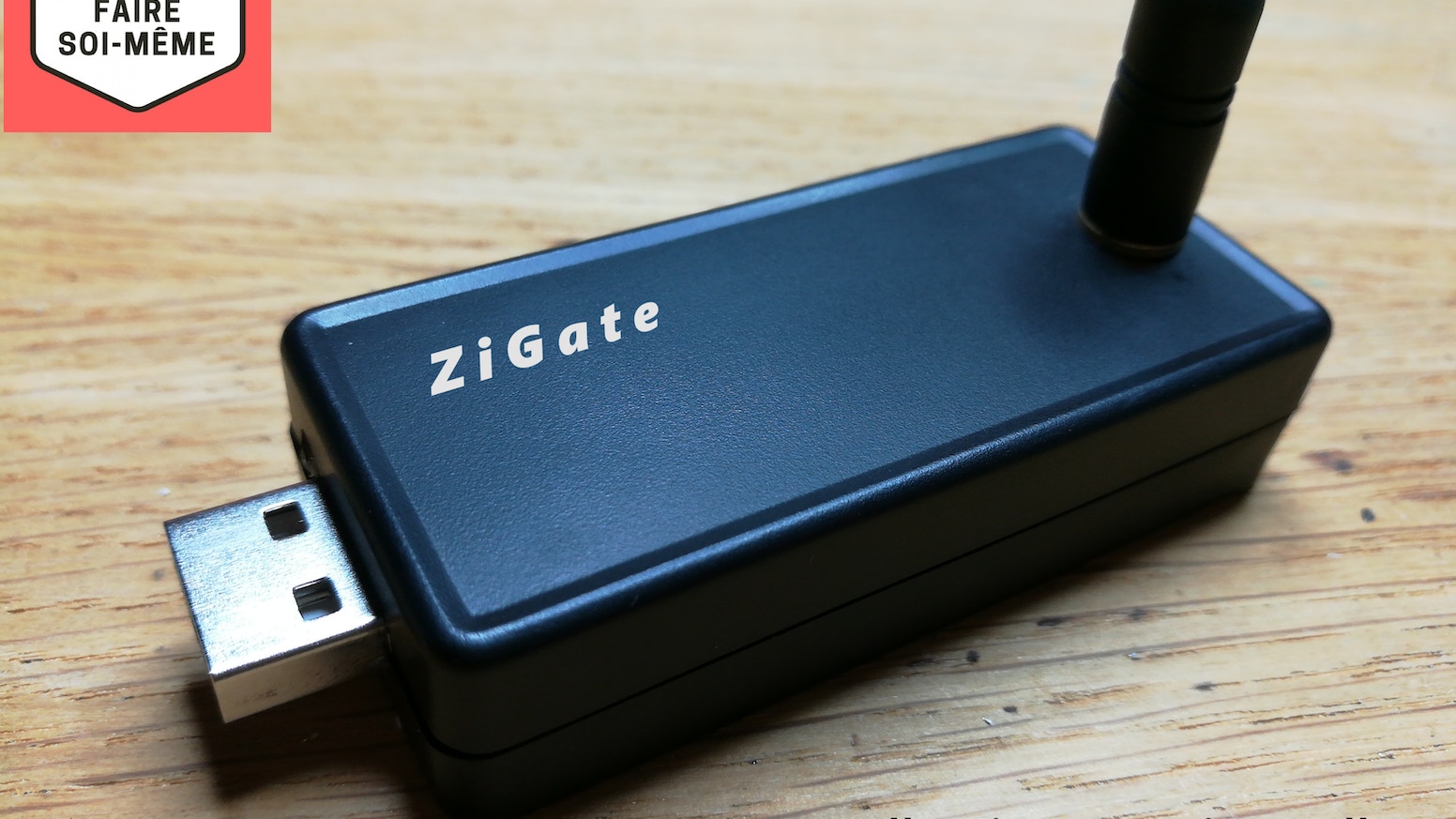 and the details regarding the serial port / protocol.
http://zigate.fr/wiki/

hope that its compatible in some way, and happy to help
R

Hello. I have had this happen. Normally, you then just need to wait a few seconds, and try again

I live in Germany and am looking to get a supported USB stick for ZigBee, as I have IKEA Tradfri bulbs here as well as an (currently not managed, as it seems not to work with the IKEA hardware) Osram Smart+ bulb.

From the thread I didn’t get whether there is any ZigBee stick recommended for use with OpenHAB that works with the current OpenHAB version. If you could please give me a hint, I’d be very happy about it.

Thanks a lot in advance.