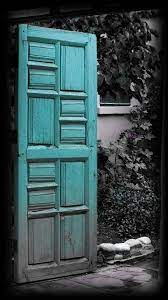 NOTE: Please upgrade if you installed this prior to 2022-10-19. There is a pretty bad bug in earlier versions.

This rule template addresses the problem where one wants to do something periodically after an Item changes from a given state for long enough. For example, send an alert when a door has been open for 15 minutes and repeat the alert every five minutes until the door is closed. Or wait until a motion sensor stops triggering for five minutes and turn off the light.

This rule template is closely related to Threshold Alert. The primary difference is Threashold Alert looks for numerical values above or below a given value where this one looks for Item states that are exactly the same or exactly different from a given state. In other words, Threshold Alert is for number Items and this is for Switch, Contact, or looking for Items going to NULL or UNDEF. Some day I hope to merge them but the configuration is going to be challenging.

In addition to supporting an initial timeout (how long the Item should be in the alert state before alerting) and a potentially different repeat timeout (how often to generate the alert again), the template also supports an optional time period where the alerts are not allowed so, for example, you can prevent an alert on your phone every five minutes during the day when you don’t care as much if the window is open. Any alert that occurs during this time will be moved to the end of the period, as long as the Item remains in the alerting state.

The rule has a number of properties.

If you need to have a different trigger type than changed, you can edit the rule after you create it. Unfortunately it appears that the trigger type cannot be a rule template parameter.

The initial timeout, value of the initial timeout metadata, and repeat period should all be in ISO-8601 Duration format. In general that will be a String starting with PT followed by numbers and a designator for time units. For example, one hour and two seconds would be PT1h2s.

You provide the Item metadata namespace for the default Item initial timeout metadata. The value of this metadata will be the initial timeout duration used for that Item. In a text Item, assuming the namespace is “rem_time” that will look like rem_time=PT10m. In the UI add metadata named rem_time and supply the timeout String as the value.

The call to your alerting rule will follow any conditions defined there so you can provide additional restrictions as desired (for example, only alert on an open window when the AC is ON).

If this rule is triggered and you manually edit it, be sure to run the rule manually to clear out the old looping timers or you will see “context has been closed” errors in the log.

Note this change corresponds with a requirement to upgrade openhab-rules-tools to v1.1.2.

7 Likes
How I Use Rule Templates
Trigger when an item is in state for certain time
OH3: if() in rule occasionally not executing
How can I trigger a rule only when the item has the new state for a certain time?
Rule is triggering two times in a row
Using just a part of string item as a rule trigger
[Deprecated] Design Pattern: Motion Sensor Timer
[Deprecated] Design Patterns: Generic Is Alive
Multiple calls of timer in scrips
Custom java script functions or objects
HowTo limit range of Item values by definition
Threshold Alert [3.2.0;3.4.9)
JS Scripting performance problems compared to Nashhorn
Expire Motion Sensor -> Run other script/switch off other items
Add timeout on state change in a rule?
Motion detected, light on, turn off after 3 minutes but only between 8pm-5am
stamate_viorel (Stamate Viorel) August 18, 2022, 10:21am #2

This rule template only handles one “goodState”. The Items can have any number of states but the looping timer will only start when the Item changes from that one “goodState”.

However, you could use two Groups and two instances of rules created from this template, one for OFF and another for 0. They both can be configured to call the same rule you write to generate the alert.

The nice thing about rule templates is it’s really easy to just instantiate and configure them. It’s no big deal if you have more than one copy of the rule with different configurations.

I added the template to learn more about it but I received a failure when I ran it. I believe it is because the item word on line 130 has an extra ‘m’

The rule partially works after I correct it but I receive a new error. Any suggestions on how to troubleshoot this error. I have installed the prerequisites (sudo npm install openhab & openhab_rules_tools)

That’s weird. I’m pretty sure I installed and used the latest version. Maybe it reinstalled a cached version and there latest remained untested. This is a huge pain with rule templates.

That last error is ready to deal with and in fact I mentioned it in the docs for the template above. If you edit and save the rule for any reason, you have to run it at least once manually so it can clear the stale timers out of the cache. Otherwise it’ll will generate that error.

When you fixed the typo, you didn’t trigger the rule manually.

I’m on travel but I can manage to remove that extra m from my phone at least.

Let me know if you have any more problems with it.

edit: looks like I can’t edit it from my phone easily. I’ll try to fix it when I get back to a computer.
Edit: It’s fixed now

Can I somehow get the name of the trigger Item in the “Alert Rule”, e.g. to use the item name in a notification.

What language is the called rule written in? If it’s ECMAScript 11, the Item is passes as alertItem and the state the Item was in to generate the call is in currState. These are just injected into your called rule as is.

If ECMAScript 5.1, it comes over in a variable called context.

I think the other JSR223 rules languages will also get them in that context variable. I’ve no idea how it works/if it works in Rules DSL. I would guess it works like ECMAScript 11, if it works at all.

That error only occurs when a rule tries to reference something from the cache that was created by a rule that no longer exists (e.g. you edited the rule, therefore replacing it with a new rule). All I can recommend is to run it manually again or reboot to see if the problem persists. I can’t reproduce this behavior. Once I run the rule manually and I see that “Resetting looping timers” log statement the context errors go away.

Thanks Rich, rebooting cleared the error.

Hi Rich. Thank you for this ruler template.
I am writing this post just to help in case someone finds the problems that I have had.
The template works fine for me using it with a switch, with a PowerState channel defined as switch.
But at first it didn’t work with my garage door, because the status of my garage is reported on a channel defined as a contact point (not a switch). Looking at the logs, I can see that if I use the group in the template, the value of this.event is always undefined. But if I use the channel, it never triggers because the template defines the trigger as a group. This is how the template defines the triggers in the Code tab of the rule:
triggers:

I resolved this changing in this section the words ‘group’ to ‘item’:
triggers:

Yes. I tried really hard to make the trigger type be a property you can define when you instantiate the rule, but it’s simply not currently possible. It only results in syntax errros. So if you want any different type of trigger you’'ll have to modify your instantiated rule after the fact, just as you did.

You would probably want to do the same thing if you are using this to implement a motion sensor timer (e.g. turn off a light five minutes after the last time a motion sensor triggers). I’ve posted an example of this and other ways to use this rule template to How I Use Rule Templates.

tl;dr, do not be afraid to adjust a rule created from a template if that works best for you.

I’m glad you figured that out on your own. If you run into any other problems or suggestions for additions or improvements let me know. This rule template is turning out to be my most useful one so far.

And thanks for posting!

The rule stopped working after I updated to 3.4.0:

Failed to execute script:
org.graalvm.polyglot.PolyglotException: TypeError: undefined has no such function “put”
at .put(/etc/openhab/automation/node_modules/openhab/cache.js:47) ~[?:?]
at .:program(:23) ~[?:?]

First, what version of the js scripting library are you using, the one that comes with the add-on or did you install it using npm?

I do have a minor change in the version of the rules I’m running but I made them to work with OH 4 snapshots. Maybe they also need to be back ported to 3.4, but then this template will no longer support 3.3 if I do that. I’ll need to think about it the best way to solve it.

The problem revolves around changes made to the cache. Previously this was something only provided by the JS Scripting add-on. In 3.4, openhab-core added a universal registry as a replacement so now we should use cache.private and/or cache.shared. But I thought that the old cache was still backwards compatible except with an added deprecation warning in the logs. That appears not to be the case.

While I figure out how to handle this without ending up with three versions of this rule template (one for 3.3, one for 3.4, and one fore 4.0) you can make the following changes to your rules to get it working again.

Replace cache.put with cache.private.put and replace cache.get with cache.private.get` (should be two changes in total and they are right next to each other). In truth, the first one is redundant now. The new privateCache will clear itself out when the script is unloaded automatically but removing that stuff will be a bit more work than necessary to get this working again.

used an old version of this template on openhab 3.3, today uninstalled it to bring it up to date… but now i can not install it from addon marketplace, because it’s not listed?? …what i am doing wrong? …found the .yaml for the template, but how can i install this manually??

I don’t think the 3.3 version of OH understands versioning of Rule Templates so this should be listed no matter what. But even if it did understand the versioning, it should be shown in all versions of OH 3.3.0 and later.

All I can think of is maybe you’ve inadvertantly disabled the marketplace or something.

Unfortunately there really isn’t a way to install a template by hand easily. You’ll have to manually edit the JSONDB to add it which is error prone. You might be better off restoring the rule templates JSONDB file from backups. Hopefully you’ve not made too many changes since uninstalling it and it’ll have a backup with the old template still installed.

no marketplace is not disabled, as i see all other templates and just installed your “thing status reporting” without problems… running openhab 3.4.1

will have a look at the jsondb (/srv/openhab-userdata/jsondb/marketplace_ruletemplates.json ?) and backups in the evening…

From the marketplace page:

You are right. I wanted to block this from showing up in 4.0. I’ll update it to 3.4.9 which should capture the current and future point releases of 3.4 without including 4.0.-

Awesome, thanks for the quick fix! I saw you updated many of the other templates that had the same issue as well.