This version of the binding is exactly the same as what is built into 3.3 Stable. Since it is newer than 3.2 Stable and older versions of openHAB, you can install it from the JAR link below to gain the newer BRIDGE and THING structure so you do not have a breaking change when you upgrade to 3.3 Stable. 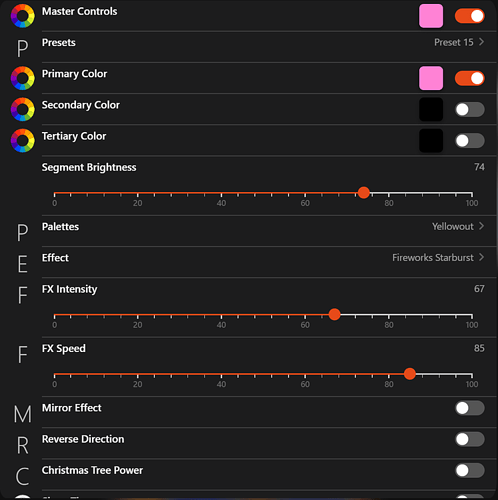 Due to the new bridge and thing structure this binding is not backwards compatible and may have issues if parts of the older binding are left in the cache. Do the following to ensure trouble free use.

Source code submitted for merging in this PR

I got an error during installation. Error Installation of add-on 132919 failed

Try cleaning the cache. The newer binding has large changes under the hood to use the BRIDGE / THING structure so if any cache from the old binding is around that may be the cause. I installed it successfully so if anyone else has trouble or success can u post? thanks…

Clear the Cache - Setup, Configuration and Use / Runtime - openHAB Community

thanks for the hint ! that was the problem

Bridge and segment configuration is working well, especially from the UI!

However, it’s possible that I misunderstand how this binding works, but I can’t seem to command an fx from a rule.

I have linked a String Item to the fx Channel as below:

Within the UI I can go to this Item WLEDSegment_Effect and select an effect, and WLED responds as it should.

But from within a rule I try to send the name of the effect to the same Item WLEDSegment_Effect and the LED effect doesn’t change. I can see in the UI that the Item changes to the effect name I commanded in my rule, but a few seconds later it switches back to the old effect name. And the LEDs themselves remain on the old effect throughout.

How can I command a WLED effect from within a rule?

It turns out that, despite the Channel being of String type, it doesn’t expect the name of the effect to be commanded, but its numerical index. So for the example above, we would have to check the index on the linked webpage, and then send that number to the Item.

I guess the binding could be changed to search through all the effect names when a command is sent, that is not implemented and your now the second person to get tripped up by this so I think it should be considered a bug to fix, OR be documented so it is clear in the docs for the binding.

As to why it is this way…

The binding could always work out the command is not a number and then do a search to find the number it needs based on the text. It could handle this automatically, it just requires extra coding for it to work that way and it would need to handle what happens if the effect was mis-spelled or missing.

so I think it should be considered a bug to fix, OR be documented so it is clear in the docs for the binding.

Either of those options work for me. By way of explanation, I think the reason I was tripped up:

i have a problem with the channel for the white light, if i set a value in OH, it is accepted, but the slider jumps back to 0 after a few seconds, but the set value remains. it looks as if the set value is not reported back. i already tried to remove and add the things again.

Thanks for reporting, that would have happened in the merged binding as well as this one. I just fixed the bug and made a PR with the fix. Just remove the marketplace version and then install it again and it should then work.

Thanks, i tested it and it works!

Will this binding ever replace the official stable WLED binding?

If it passes a review it will become the official one, until then it stays in the marketplace so it can be used whilst the review is pending.

hi @matt1
can you provide example for the “old” openhab text config (thing file)?
i am a little bit lost with the new binding

Try this which I have not tested it nor used textual in quite some time.

it works…thx for your help