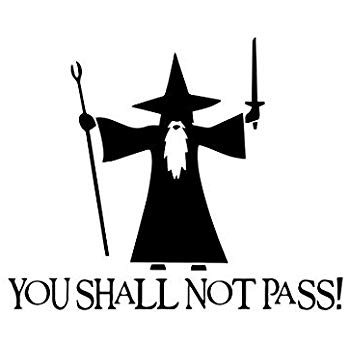 Centralize all the communication with these technologies into a single gatekeeper rule and add delays between each command sent to the devices there so no two commands, regardless of their target device, ever get sent too close together.

Note: The code below depends on the the WirelessDevice Items to be persisted.

For the Python version I’ve created a reusable class I hope to submit to the Helper Library so you don’t have to copy and paste the code. I’m providing it here to see a version of this DP using Python.

This is not the only way you can implement this DP. Unlike with Rules DSL, Python doesn’t have the same problem with long running Rules so you could implement this with a Rule and a lock. But I wanted to have an implementation that could be reused rather than requiring the user to create Rules, and I wanted the ability to have more than one Gatekeeper running at a time.

Theory of Operation:
When a user has one or more Rules that need to use a Gatekeeper between commands, create an instance of gatekeeper. Instead of sending the command (or doing whatever activity) call add_command(lambda: <some actions>) which will add the command to the queue. As long as there are commands on the Queue, there is a looping timer that will pop a command, run it, then sleep (schedule/reschedule a Timer) before running the next command.

Usage: just copy the above to your automation/lib/python/personal folder unchanged. Usage example:

Define the gk variable so it is in scope to all of the Rules that need to use it. This can be done by putting all the Rules in the same file and making it a global in that file, or putting it in a library file and importing the variable.

Theory of Operation:
Rather than forcing the Rules to queue up and consume a runtime thread while previous calls to the Rule are sleeping or running we create a queue of the commands and spin up a looping timer that works off the queue.

Edit: Removed all the examples that require a Reentrant lock as I deem them unsafe to use under any circumstances.
Edit: Updated the Python version so each command can have it’s own delay. This works better with the say Action.

Hadn’t seen that approach to locking rules before - very neat (I’d always used a variable to achieve that indirectly).

Hi Rich.
Want to use it for my hue lights.

Can you give me an example how i can use your rule?
Thank you very much.
Greetings;
Markus

The complex example is all that you need. If you have specific problems I’d love to help but I’m not inclined to write someone else’s rules if they haven’t even attempted writing their own.

Yes, of course. I understand.
The problem is that i don’t understand the thing with device ID and controller ID.

The problem is that i don’t understand the thing with device ID and controller ID.

That warning is coming from the program you are running (zigbee-send) not the rule. You probably have to provide the full path to the command.

Look at How to solve Exec binding problems

Thanks and greetings,
Markus

Shouldn’t be there:
sleep(commandDelay - deltaTime) ?

If the deltaTime since lastCommand is only 20 ms, then we wait only another 20 ms, which is 40 ms total and this does not help us to reach the desired 100 ms delay.

That is correct. We need to wait the full commandDelay time at a minimum.

Yeah, first post here! Just wondering, I already had such a pattern with a queue in mind as I experience pretty much the same problem with my 433Mhz RFLink bridge.
However, I would prefer this kind of message handling would be realized correctly inside the bindings. Eventually these are the controller of the devices and have to take care of the message flow, not the rules. Why can’t we just state such a behavioral requirement for the bindings, specifically those with such problematic protocols? The delay could be exposed as a configurable parameter then. (I plan to try this way with a fork of the RFLink binding).

All I can say is it’s because the binding developers didn’t implement it that way.

Well, that’s unfortunate. However, when it comes to the RFLink binding there seem to exist some tiny delay within the serial communication. But it’s not configurable. Maybe worth to expose it to skip the hassle inside the rules…

Hello all,
I hope a comment on this pattern is a good place to put my question - if it is not, please let me know. I will open up a new thread then.

I want to send out notifications via telegram from rules

In the Telegram message stream, I sometimes miss a message and instead get the same message twice in quick succession.
I am pretty certain, that this is what is going wrong:

Note: these are the ones I can think of, I have not tried out any of them yet - still theorizing

So what is your view on this? Can anyone give me some pointers how to get this done?
Maybe there is a simple mechanism which I am use but don’t know or fail to recognize?

By the way: @rlkoshak - I have been using OpenHab for ca. 2 years now and your posts in this forum have been tremendously helpful for my understanding. I am amazed how often you find the time to take part in a discussion and help out with your knowledge and views.
Thank you very much for that!

This is probably not a Gate Keeper problem, though it might be solvable with it, though I don’t think that’s necessary.

Use commands instead of updates to trigger your Rule. Command makes sense here as you are activating an external service, not just updating OH’s internal state. Then, when you use received command, you can use the receivedCommand implicit variable which will always be what was commanded regardless of timing.

Option won’t do anything because that Thread::sleep won’t affect the other Rules that call the sendCommand. It will just delay when that one instance of the Rule will exit.

Option two and three won’t really solve your problem because your actual problem, if I understand correctly, is that when two updates occur too close together one of them get’s overwritten before it can be processed by the Rule. Using a lock or a timer or the queue will only add delays between calls to telegram so you don’t bombard the service with too many calls all at the same time. But the data problem you are seeing would still be a problem.

You might still want to use a Gate Keeper to spread out the messages sent to Telegram, but you need to use commands in order to keep the states from overwriting each other.

Thank you very much for that!

You are most welcome! I learn by helping and contributing to the forum is my way of giving back to the community.

! In my job, I have access to some paid “premium support services” which are nowhere as good (or quick) as you are

Thanks - I fully understand what you say. I even remember reading about the receivedCommand variable at some point. But I never used it and forgot about it.
I’ll go that way - I am very confident it’ll work!

! In my job, I have access to some paid “premium support services” which are nowhere as good (or quick) as you are

You just happened to catch me when I was online. Though when I’m tagged I get an email and can often reply from my phone, which was the case here.

Edit: @5iver solved my problem and I have corrected the code so that one can copy&paste items and code if one have a similar use case. @rlkoshak thank you for this great design pattern!

Hi @rlkoshak , this is the case with my sonos speakers, when there are multiple notifications to be played.
That’s why I try to use the complex example of your design pattern to manage playing notifications.
But there are errors in my openhab.log that I cannot solve and I couldn’t find a solution in the forum.

My items in file GateKeeperExamples.items

My code in file GateKeeperExamples.rules

Problem
I think the info in openhab.log
The field Tmp_GateKeeperExampleRules.MyQueue refers to the missing type Object
indicates, that there is something wrong with the declaration of MyQueue in this line of my code
val Queue<String> MyQueue = new ConcurrentLinkedQueue()

Every time the rule is triggered I get this error
Rule 'rGateKeeperExample_MessageOutput': 'add' is not a member of 'Object'; line 38, column 5, length 37
which points to line 38 with this code MyQueue.add(receivedCommand.toString)

I couldn’t find a solution yet, so every help is appreciated.

My system is openhabian installed on raspberry pi:

In DSL rules, only be as specific as you need to be.You shouldn’t get the error if you use this…

Many thanks, that is the solution.
Small cause, big effect!

Why have my Rules stopped running? Why Thread::sleep is a bad idea

If I have five rules, each using one GateKeeper:
Does the Rules DLS run out of threads?